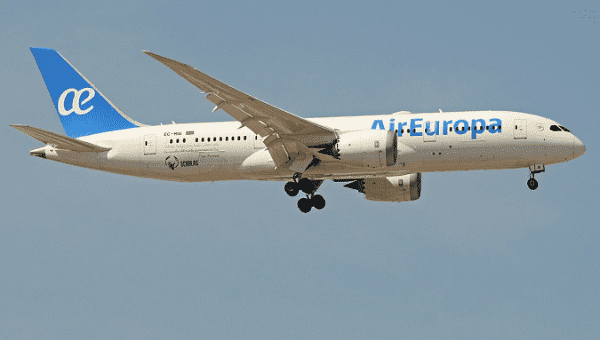 The General Director of the Hotel Eurobuilding Caracas and a spokesperson for the Spanish airline Air Europa say the categorically deny that members of Air Europa were shot by armed gunmen, countering false information being reported by EFE and other Spanish news outlets.

Hotel Eurobuilding Caracas General Director Tachy Molina said in a Monday morning statement that as hotel director she was “obliged to tell the truth, and put an end to the lies that only try to worsen the situation.”

Referring to widely circulating articles published by EFE  the hotel administrator said “the information circulating about a shooting of the Air Europa crew is false.”

Since Sunday EFE and other news outlets have been falsely reporting that “two pilots and eight flight attendants were chased by two motorcyclists through the streets of the city with the purpose of robbing them” as they were riding in a contracted van from the airport to the hotel in Caracas.

Spanish news outlet ABC reported that one of the alleged victims told its reporters: “They tried to attack or kidnap us, blocking the road … They followed us to the hotel at full steam” and once at the Eurobuilding hotel there was “a shoot-out between them.”

Molina said that in fact that the shots were from a clash between police officers and criminals just outside the Eurobuilding hotel, not the hotel’s private security, as reported by the media over the past 12 hours.

“I emphatically deny that the information circulating is true,” stated Molina.

The hotel director added that a document circulating on social media about the supposed that also indicates the hotel’s insignia with employee signatures was “falsified.”

The fake report made on counterfeit Hotel Eurobuilding Caracas letterhead claiming crew members of Air Europa were attacked on their way to the Caracas hotel.

Molina said that airline crew who stay at the Hotel Eurobuilding Caracas are “always escorted on their routes” and this case was no exception.

The hotels executive said these types of fake news only hope to foment chaos in Venezuela that is 70 percent recuperated from an electrical and cyber attack allegedly by U.S. politicians that sent the country into a near blackout from Thursday till Sunday.

“I thank everyone not to keep spreading this,” asked the hotel director. “The electricity problem is enough and this only adds to the chaos.”