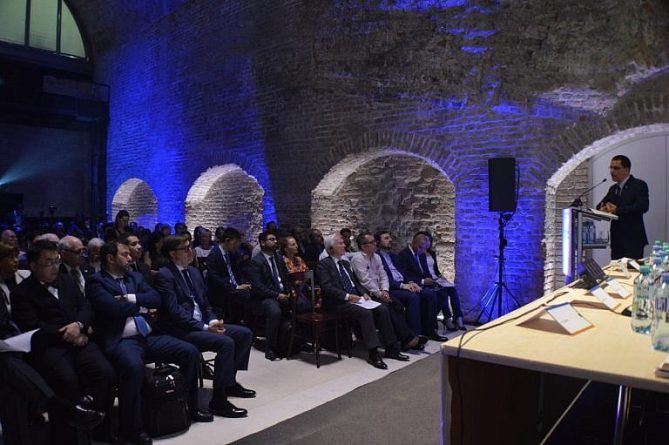 The Chancellor of the Bolivarian Republic of Venezuela, Jorge Arreaza , revealed that the United States (US) government has intensified its economic and political attacks against the South American nation, especially since January of this year, to impede an independence process supported by most of the people and to try to return it to neo-colonialism.

“Venezuela is at the center of the dispute. An independent people, determined to be free and protect their resources. That puts ourselves at the center of the attack to turn us into a neocolony and prevent a process of independence; also, because it has an ideological political process of a socialist nature, “Arreaza said Thursday during his participation in the “International Seminar Unilateral Coercive Measures and their Impacts”, held in Vienna, Austria.

He denounced the United States, that since January of this year, has intensified its attacks against the nation with illegal sanctions, economic and financial blockades to suffocate the people, as well as conspiracies and coup actions against the constitutional and legitimate government of the president of the Bolivarian Republic of Venezuela, Nicolás Maduro.

The chancellor reviewed the doctrines and policies of historical domination that the US has used to justify invasions, such as the Monroe doctrine and the resistance that Latin America has sustained against the imposition of that model, which is the dispute that currently exists in Venezuela, he mentioned.

There is “an underestimated bourgeoisie submitted to the ruling elite of the US that wants to retake political power to privatize the lives of Venezuelans and guarantee for the corporate empire the gains of the wealth of our country,” he said and highlighted that political power was lost by the elites (in Venezuela) 20 years ago when the people came to power with the Bolivarian Revolution.

RELATED CONTENT: US Sanctions: Economic Sabotage That Is Deadly, Illegal, and Ineffective

Arreaza lamented that some Latin American and European governments, subjected and subordinated to the empire, have lent themselves to legitimizing interventionist actions against the sovereignty of Venezuela.

“We, the free countries like Iran, Venezuela, Cuba and many others sanctioned, believed that the Europe that overcame the conflicts and barbarism was going to be a Europe for mediation, for dialogue, for the encounter, for the search for peace. And not that it would serve the system that the US has tried to impose on the world”, he said.

He mentioned that authorities of the Venezuelan government have held meetings with Eliot Abrams, envoy of the US Department of State for the issues of Venezuela, who, faced with the failure of the coup actions, confessed that “they would change the strategy to provoke the collapse of the Venezuelan economy and a few days later, there was a general blackout after a cybernetic attack to the National Electric System, and this month only 19 ships with food returned because the shipping companies were sanctioned and they are also doing it with the oil tankers”.