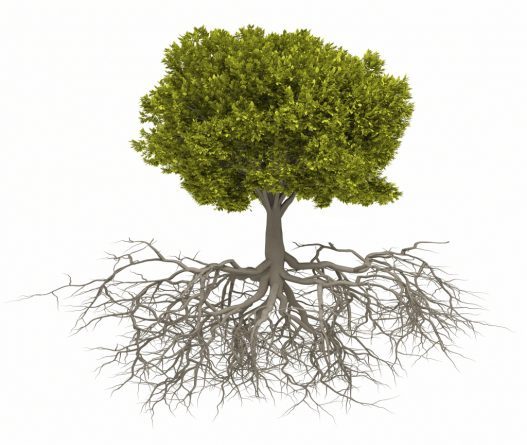 A good part of what I wrote until 2013 I did in direct interlocution with Chávez. It was not a conscious exercise. It was something I discovered talking with some people from my inner circle, taking stock of what was written for seven years and defining what should be done in the future, at a time when we were trying to assimilate the physical loss of the leader of the Bolivarian Revolution.

I never planned it that way. This interlocution was the personal correlate of a very fluid relationship between Chávez and Chavismo, which expressed itself in multiple ways.

It is no secret to anyone that, in Chávez’s absence, a deep sense of loss prevailed in Chavismo. Something similar to mourning, but not exactly. Of course we would have liked the opportunity to mourn him, but we could not do it. We had to keep going. And for better or worse, we did it.

The loss of Chávez was not the loss of the Father. That’s what I’m convinced of. More than a relationship of filiation, a strong relationship of alliance was established between Chavez and Chavismo. We had lost an extraordinary ally.

As of 2016 I worked on two books, still unpublished. Still in dialogue with Chavez. In “Chávez Nietzsche’s reader” I tried to recreate the very particular historical conditions that made possible Chávez’s unique dialogue with himself during his illness and convalescence, in 2011 and 2012, and that very soon transformed into an extraordinary public reflexive exercise on the shortcomings of the Bolivarian revolution. Then, in “The Politics of the Commons”, I looked back at the Chávez of the 90s, the virtuous decade of Venezuelan politics, trying to reconstruct, in very general lines, the immediate historical background of Chavismo.

In both books, to a certain extent in “El chavismo salvaje”, and also in another unfinished book, whose starting point is the particular interpretation that Peter Weiss made of “La divina comedia” by Dante Alighieri, I approached what I consider nowadays is an urgent task: the elaboration of what could be called, in the lack of more alternatives, a sentimental x-ray of Chavismo.

I do not believe, as one might think, that it is useless or an untimely exercise, given that we live in very dangerous times, threatened, as we are, by US imperialism, dealing with the terrible effects of its constant aggressions, forced as we are to the most ironclad unity, with everything and the sharp contradictions that are expressed within Chavismo.

On the contrary, both aggressions and contradictions make an examination of what we are, essential. In fact, it is quite probable that an examination of such a nature will provide us with very valuable clues to reconstruct what has been destroyed and, more importantly, to outline a strategic horizon that often seems blurred.

About what we are, and at this point I have no choice but to speak in a personal capacity, I can say that I am, first of all, a Chavista. It may be obvious, but in these times when some people prefer to remain silent or decided to expressly deny their political identity, it is not a minor issue: I am a Chavista.

It’s something I’ve been thinking about recently, about a very singular and fascinating dialogue with the historian Fermín Toro Jiménez, who stated that, despite all the greatness of Chávez, and despite considering him a determined anti-imperialist, he did not feel chavista, but Bolivarian. The maestro has great reasons, and I do not judge him at all.

Quite frankly, I do not know how much weight the generational issue can have in all this. I think, for example, of all the reasons that a young man can use in his twenties to not identify with Chavismo; that is, a person who had no opportunity to live and, why not, be dazzled by the advent of Chávez, and who was politicized, if at all, at the most difficult moment of the Bolivarian revolution.

The point is that, without a doubt, I am a Chavista. Maybe, to a large extent, because I saw Chavismo appear, although I did not understand it at the time, and then I saw it fight with a really wonderful audacity and self-love; perhaps for the same reason I am able to see how it continues to fight, where some only see discouragement and defeat; finally, maybe that’s why I can not decide to stand aside and sit and wait for better times.

More than just identification, there is a lot of pride of the popular class, as well as a know-how to do politics in the Chavista way, which I simply do not want to quit.

It will be understood that making a sentimental radiography of Chavismo is not an exercise in nostalgia. It is not my interest to join the chorus of those who affirm that it is necessary to return to what we were.

We will not leave the labyrinth going back, for example, to the famous three rooted tree (arbol de las tres raices). Chávez himself imagined the tree of the three roots “as a trunk, with branches and a foliage in 360 degrees. That tree takes from the subsoil and from beyond the atmosphere, from the rays of the sun, to the almost infinite, to be able to grow and live … takes from the environment, from the surroundings … from the light to the shadow, from the apex of the roots, it takes”.(1)

Finally, for now, it is a fallacy that it is essential to be outside Chavismo to have a global and not partial, “polarizing” view of our reality. On the contrary, I think it is possible to build a global perspective from Chavismo, in permanent relation with that outside, and also with those who oppose the Venezuelan process of changes.

Chavismo emerged precisely as that people’s outside that broke into the inside closed politics of the elites, to make revolution. To live well. Nobody ever said that it would be eternally. But something is certain: it can continue to be so.