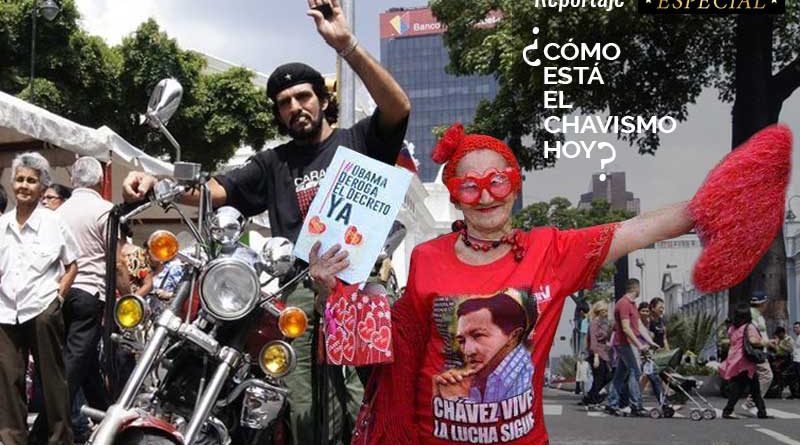 Read below the fourth installment of our special series on Chavismo. In the following, we interview two red red icons, who tell us their stories and confess if they continue as revolutionary as ever.

Within that immense polychromy that was Chavismo since its inception, there are some characters who sparkle in their eccentricity and that became popular at mass events and TV broadcasts; among them The Little Red Riding Hood and the Venezuelan Che.
Carefree about what they will say and in determined support for the process led by Commander Hugo Chavez, this pair plays with their appearance by establishing a framework of unreality that does not go unnoticed and inevitably attracts everyone’s eyes.

After almost two decades of Chavismo and with President Nicolás Maduro going through the moment of least support for the Revolution, Supuesto Negado interviewed these two icons of militant extravagance to know their current political position.

Nicolás has not betrayed Chávez

In her small apartment located in the municipality of Chacao, Gloria Marleny Vanegas , known as “Little Red Riding Hood” because she always wears this color, she receives us on a rainy Sunday afternoon.

With her characteristic smile, she invites us to a cup of black coffee “daughter, with sugar or with papelon (raw sugar cane)?”, she asks. She extends her hand and invites us to sit at a dining table, crowned with a sewing machine, which is surrounded by pieces of cloth and different creations, including some coffee strainers that she makes herself, remains one of her sources of income. “You have to stay active,” she says.
Her house is a museum to militant Chavismo. Several photographs of Chavez adorn the melon colored walls. There are everywhere the flags of Venezuela, the handmade posters for the marches convened by the PSUV and as a corollary, a piece of furniture full of cups, glasses and other objects of revolutionary memorabilia.
She has lived in Chacao for 72 years. She defines herself as a hardcore Chavista, committeded and willing to defend the revolutionary process that Hugo Chavez initiated and his son, Nicolás Maduro.
“Chávez left us the sown seed,” she affirms in an energetic tone and assures that Nicolás Maduro, despite the difficulties, has preserved and defended the legacy of the commander.
“I don’t see that Nicolás has betrayed Chávez, for God’s sake, in nothing. I see that Chavez’s legacy is everywhere, Chávez woke us up, so what did Chavez not do?”, says Vanegas, who already turned 80 and counting.
For “Little Red Riding Hood”, these difficult times is when the mettle of the real Chavistas is measured, and not those who dressed up in red when “the oil was at US$120 per barrel”.

Remember that before Chávez came to power, the Venezuelan people came every five years to vote and that was it, there was no political participation, no activism, it was a sleeping society, she said.
“I became a Chavista when I saw him on February 4 on television, assuming (responsibility for) the coup d’etat he had lead. Since then I have shouted ¡Viva Chávez ! everywhere ”.

How do you remember Chavez? Do you think he has been forgotten?

“No, he has not been forgotten, Chavez did not die, he multiplied, as they say, and it is the truth. After Simón Bolívar, the second liberator is Chavez. Bolívar freed us from the Spaniards, Chavez freed us from the gringos. ”

What did Chavez leave us?

“His image, which is indelible and the things he taught us, because Chávez was a teacher for us. Chavez was wonderful, Chavez sowed Venezuela, no one forgets Chavez.”

If elections were called, would Little Red Riding Hood vote?

“Sure! No doubt about it, we can not lose this, we must defend it.”

With Chavez the process died in Venezuela

His name is not Ernesto Guevara but Humberto López, and he was not born in Rosario, Argentina, but in Caracas, Venezuela.

“The Venezuelan Che ” is a widely known character because for more than two decades he adopted the appearance of the mythical Argentine-Cuban guerrilla (haircut, beard and military clothing) and walks through the streets of Caracas in a striking Olive jeep with a white letter plate that reads: Chavez.
He defines himself as an orthodox and guevarista Chavista, but he has not supported the current political management that governs in Miraflores.
“I am 100% Chavista, but I do not support the government, nor the opposition. Listen, I did not jump to the other side, it was those misanthropes who jumped betraying Chávez … the redeemer of the 21st century,” he says.
Lopez believes that with the death of the Commander, the process he led, the signs of socialism in Venezuela died and now anarchy reigns.
“When Chávez was alive, many considered that although he was doing the right thing, he was in a nest of vipers and scorpions, and now it is these people who are ruling,” he says while he sucks a breath of tobacco that serves as a detail in his characterization of Che.
“El Che” belongs to the Venezuelan Popular Unity (UPV) political party, founded by the grassroot leader Lina Ron, who died in 2011. In addition, it is very close to the main collectives of the 23 de Enero parish, in Caracas, its area of origin.

On these groups he makes a distinction: “There are groups that do the political and social work, but others, especially the new ones, are only shock groups and criminal gangs, which, although they respond to the government, have no ideology and at any time they are going to turn around.”
During the conversation with Supuesto Negado – in a fuel station in the Venezuelan capital where he stays almost daily – dozens of passers-byers and passing drivers greet him effusively and shout slogans: “Che! Patria o Muerte! Long live Chavez, damn it!”
He answers the greetings and continues the conversation. “Today the people are not looking for ideology, but rather an answer to their basic needs: food, medicine, work, security. Why do we have to walk with torn up shoes?”, he says while showing his worn to the limit shoes. “You don’t see the government revolutionaries with these shortcomings,” he says.

He has already made it clear that he does not support the president, but in a hypothetical election would he vote for the candidate of the Revolution?

“No fucking way”, responds quickly. “I did not vote in the last two (presidential and for the National Constituent Assembly). How is it possible that after years in the government, the promise of the PSUV is to fix the country’s problems?”

“Yes, the country is at war, not economic, but of criteria … and we are losing it.” 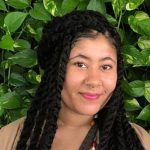