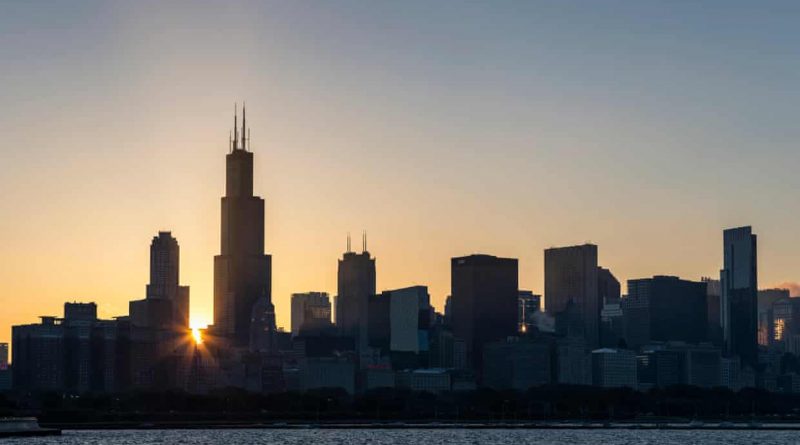 Editorial Note: We want to particularly congratulate Alderman Carlos Ramirez-Rosa. We personally met him a few years ago and we were very impressed with his level of political clarity and commitment with his constituents but also we were amazed listening to him talk and not being ashamed when discussing about Socialism and Communism. The US needs more politician and activists like him if a real change is wanted.

The United States is experiencing a socialist surge right now. That surge came to Chicago last night, where democratic socialists won big in the second, final round of municipal elections.

Three Democratic Socialists of America (DSA) members won their city council races in runoff elections on Tuesday: Byron Sigcho-Lopez in the 25th ward, Jeanette Taylor in the 20th and Andre Vasquez in the 40th. The fourth candidate, Rossana Rodriguez-Sanchez, is locked in a race in the 33rd ward that is too close to call and will await the counting of mail-in ballots, but was up by 64 votes once all precincts’ votes were counted.

Whatever Nancy Pelosi says, youthful zest is moving US politics to the left
Clio Chang
Read more
Add them up and you’ve got at least five, maybe six democratic socialists who will be on the 50-member Chicago city council. Few major American cities have seen even a single socialist councilor in generations; the third-largest city in the US could soon have half a dozen. It’s the largest socialist electoral victory in modern American history.

The socialists won by strong, straightforward campaigning on working-class issues. Rosa, for example, made his race a referendum on affordable housing in a rapidly gentrifying neighborhood, painting big real estate developers as the enemy and demanding rent control in the city.

Taylor, a longtime neighborhood and education activist on the city’s South Side, demanded the forthcoming Barack Obama presidential library in her ward include a community benefits agreement to fight displacement of working-class residents. In 2015, she participated in a 34-day hunger strike to demand the reopening of Walter H Dyett high school; her website homepage reads: “Send a Dyett hunger strike to city hall.”

And Rodriguez campaigned on a history of activism for affordable housing and immigrant rights in a gentrifying, working-class immigrant neighborhood and against privatization of public services and expansion of police power in the city.

In other words, these democratic socialists ran as unabashed fighters against corporate greed and austerity and for the city’s working class.

Socialism is spreading throughout the US, as seen in the popularity of the Vermont senator Bernie Sanders and New York representative Alexandria Ocasio-Cortez, and the huge bump in DSA membership, increasing more than seven times over to 60,000 in the past three years. But what sets Chicago apart from many other cities in America – and played a crucial role in last night’s socialist victories – is that the left wing of the city’s labor movement hasn’t been afraid to partner with democratic socialist candidates.

Since its 2012 strike, the Chicago Teachers Union has served as the anchor of the city’s labor left. The CTU, along with community groups and other progressive unions such as SEIU Healthcare Illinois and Indiana, formed a political organization called United Working Families (UWF) in 2015. Many union leaders, in Chicago and elsewhere, are skittish about backing openly socialist candidates.

UWF appears not to be, endorsing most of the DSA’s city council candidates (and in many cases expended significant resources on them). Another progressive electoral group, Reclaim Chicago, was the principal backer of two of the victorious DSA members, Vasquez and La Spata.

That coalition of left unions and community groups will be crucial in the years to come. Last night also saw the election of the Chicago’s first black woman mayor, as well as its first lesbian mayor, Lori Lightfoot, a former prosecutor and corporate lawyer.

Lightfoot claimed to be a progressive, but her record has been scrutinized by criminal justice activists and the CTU (which backed Lightfoot’s opponent, Cook county board president Toni Preckwinkle); she drew a large donation from a murky “dark money” group that uses vague pro-austerity rhetoric as well as support from Emanuel’s personal lawyer. The city’s labor movement and left will probably find themselves joining together to fight Lightfoot in office.

Chicago’s socialist victories last night weren’t a fluke. Throughout the country, people are tired of low wages, soaring housing costs, privatization of public goods, budget cuts and corporate giveaways of public money. They have tried austerity and found it miserable.

If Chicago’s elections are any indication, maybe they’re ready to try socialism.

Micah Uetricht is the managing editor of Jacobin magazine. He is the author of Strike for America: Chicago Teachers Against Austerity (Verso, 2014) and a member of the Chicago Democratic Socialists of America.