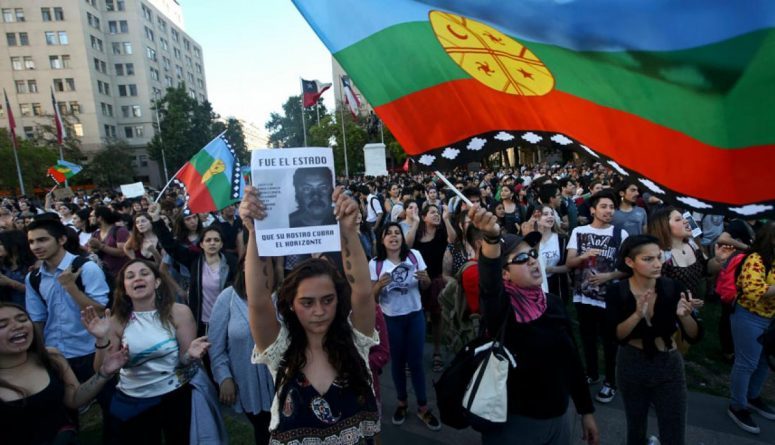 Mapuche leaders had a mass meeting in Temucuicui where they called upon the former President of Chile and present United Nations High Commissioner of Human Rights, Michelle Bachelet to intervene in the case of Camilo Catrillanca who was murdered by carabineros (national police) of the Jungle Command, as reported Sunday by Bio Bio Chile.

Camilo was killed in the middle of a police operation in the community of Temucuicui, Ercilla, in La Araucania region. Chilean police entered the area firing indiscriminately against the Mapuche community during the evening of Nov. 14.

This is the third meeting organized by the Mapuche leaders. In an earlier meeting early December, the leaders decided on four demands they put forward to the Chilean state.

“We demand the current government to urgently dismantle and remove said police unit (Jungle Command) considering that this constitutes a permanent threat, violating our right to live in peace, violating the rights of our children, women and the elderly,” they said in a statement.

Along with asking for the resignation of Interior Minister Andres Chadwick, and the General Director of Carabineros, Hermes Soto, the community leaders asked Bachelet to intervene.

The head of international relations of the Council of All Lands (Consejo de Todas Las Tierras), Aucan Huilcaman said the Mapuche community wants Bachelet to intervene because it is her duty as the U.N. High Commissioner for Human Rights and not because of her leadership position.

Chadwick, whose resignation has been demanded by the community, has said, “I have not thought about resigning.”

“The President knows that the moment I am not useful in the project that is driving the country…I will step aside immediately,” he said.

The werken (community leader) of the Ad Mapu organization, Ana Llao said that they will continue holding meetings all over the country.