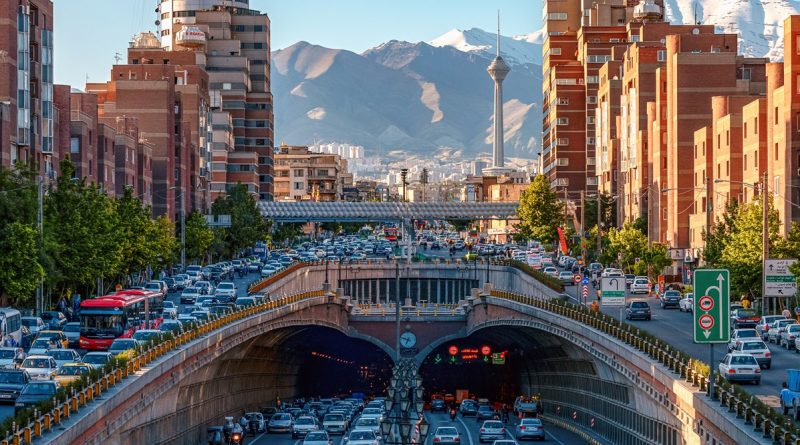 Staggered 25-year deal could mark seismic shift in the global hydrocarbons sector
Iran’s foreign minister Mohammad Zarif paid a visit to his Chinese counterpart Wang Li at the end of August to present a road map for the China-Iran comprehensive strategic partnership, signed in 2016.

The updated agreement echoes many of the points contained in previous China-Iran accords, and already in the public domain. However, many of the key specifics of this new understanding will not be released to the public, despite representing a potentially material shift to the global balance of the oil and gas sector, according to a senior source closely connected to Iran’s petroleum ministry who spoke exclusively to Petroleum Economist in late August.

The central pillar of the new deal is that China will invest $280bn developing Iran’s oil, gas and petrochemicals sectors. This amount may be front-loaded into the first five-year period of the deal but the understanding is that further amounts will be available in every subsequent five-year period, subject to both parties’ agreement.

There will be another $120bn investment in upgrading Iran’s transport and manufacturing infrastructure, which again can be front-loaded into the first five-year period and added to in each subsequent period should both parties agree.

Chinese presence
Among other benefits, Chinese companies will be given the first refusal to bid on any new, stalled or uncompleted oil and gas field developments. Chinese firms will also have first refusal on opportunities to become involved with any and all petchems projects in Iran, including the provision of technology, systems, process ingredients and personnel required to complete such projects.

“This will include up to 5,000 Chinese security personnel on the ground in Iran to protect Chinese projects, and there will be additional personnel and material available to protect the eventual transit of oil, gas and petchems supply from Iran to China, where necessary, including through the Persian Gulf,” says the Iranian source.

“China will also be able to buy any and all oil, gas and petchems products at a minimum guaranteed discount of 12pc to the six-month rolling mean price of comparable benchmark products, plus another 6pc to 8pc of that metric for risk-adjusted compensation.”

Under the terms of the new agreement, Petroleum Economist understands, China will be granted the right to delay payment for Iranian production up to two years. China will also be able to pay in soft currencies that it has accrued from doing business in Africa and the Former Soviet Union (FSU) states, in addition to using renminbi should the need arise—meaning that no US dollars will be involved in these commodity transaction payments from China to Iran.

“Given the exchange rates involved in converting these soft currencies into hard currencies that Iran can obtain from its friendly Western banks—including Europäisch-Iranische Handelsbank [in Germany], Oberbank [in Austria] and Halkbank [in Turkey]—China is looking at another 8-12pc discount [relative to the dollar price of the average benchmarks], which means a total discount of up to 32pc for China on all oil, gas and petchems purchases,” the source says.

Another positive factor for China is that its close involvement in the build-out of Iran’s manufacturing infrastructure will be entirely in line with its One Belt, One Road initiative. China intends to utilise the low cost labour available in Iran to build factories, designed and overseen by large Chinese manufacturing companies, with identical specifications and operations to those in China, according to the Iranian source.

Transport infrastructure
The resulting products will be able to enter Western markets via routes built or enhanced by China’s increasing involvement in Iran’s transport infrastructure. When the draft deal was presented in late August to Iran’s Supreme Leader Ali Khamenei by Iran’s vice president, Eshaq Jahangiri—and senior figures from the Economic and Finance Ministry, the Petroleum Ministry and the Islamic Revolutionary Guard Corps—he announced that Iran had signed a contract with China to implement a project to electrify the main 900km railway connecting Tehran to the north-eastern city of Mashhad. Jahangiri added that there are also plans to establish a Tehran-Qom-Isfahan high-speed train line and to extend this upgraded network up to the north-west through Tabriz.

Tabriz, home to a number of key oil, gas and petchems sites, and the starting point for the Tabriz-Ankara gas pipeline, will be a pivot point of the 2,300km New Silk Road that links Urumqi (the capital of China’s western Xinjiang Province) to Tehran, connecting Kazakhstan, Kyrgyzstan, Uzbekistan and Turkmenistan along the way, and then via Turkey into Europe, says the Iranian source.

The pipeline plan will require the co-operation of Russia, as it regards the FSU states as its backyard. And, because, until recently, Russia was weighing a similarly all-encompassing standalone deal with Iran. So, according to the source, the agreement includes a clause allowing at least one Russian company to have the option of being involved, also on discounted terms, alongside a Chinese operator.

Benefits for Iran
The Iranians expect three key positives from the 25-year deal, according to the source. The first flows from China being one of just five countries to hold permanent member status on the United Nations Security Council (UNSC). Russia, tangentially included in the new deal, also holds a seat, alongside the US, the UK and France.

“[The deal] will include up to 5,000 Chinese security personnel on the ground in Iran to protect Chinese projects”

“In order to circumvent any further ramping up of sanctions—and over time encourage the US to come back to the negotiating table—Iran now has two out of five UNSC votes on its side. The fact that [Iran foreign minister Mohammad] Zarif showed up unexpectedly at the G7 summit in August at the invitation of France may imply it has another permanent member on side,” he adds.

A second Iranian positive is that the deal will allow it to finally expedite increases in oil and gas production from three of its key fields. China has agreed to up the pace on its development of one of Iran’s flagship gas field project, Phase 11 of the giant South Pars gas field (SP11). China National Petroleum Corporation (CNPC), one of China’s ‘big three’ producers, added to its 30pc holding in the field when it took over Total’s 50.1pc stake, following the French major’s withdrawal in response to US sanctions. CNPC had since made little progress developing SP11—a 30pc+ discount to the global market price on potential condensate and LNG exports could change that.

China has also agreed to increase production from Iran’s West Karoun oil fields—including North Azadegan, operated by CNPC, and Yadavaran, operated by fellow ‘big three’ firm Sinopec—by an additional 500,000bl/d by the end of 2020. Iran hopes to increase projected recovery rates from these West Karoun fields, which it shares with neighbour Iraq, from a current 5pc of reserves in place to at least 25pc by the end of 2021 at the very latest. “For every percentage point increase, the recoverable reserves figure would increase by 670mn bl, or around $34bn in revenues even with oil at $50/bl,” the Iranian source says.

A final Iranian benefit is that China has agreed to increase imports of Iranian oil, in defiance of a US decision not to extend China’s waiver on imports from Iran in May. China’s General Administration of Customs (GAC) figures released in late August show that, far from reducing its Iranian imports, China imported over 925,000bl/d from the country in July, up by 4.7pc month-on-month, from an already high base.

The actual figure is still higher, according to the Iranian source, with excess barrels being kept in floating storage in and around China; without having gone through customs they do not show up on customs data, but are effectively part of China’s Strategic Petroleum Reserve. 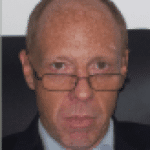 Simon Watkins is a former senior FX trader and salesman, financial journalist, and best-selling author. He was Head of Forex Institutional Sales and Trading for Credit Lyonnais, and later Director of Forex at Bank of Montreal. He was then Head of Weekly Publications and Chief Writer for Business Monitor International, Head of Fuel Oil Products for Platts, and Global Managing Editor of Research for Renaissance Capital in Moscow. He has written extensively on oil and gas, Forex, equities, bonds, economics and geopolitics for many leading publications, and has worked as a geopolitical risk consultant for a number of major hedge funds in London, Moscow, and Dubai. In addition, he has authored five books on finance, oil, and financial markets trading published by ADVFN and available on Amazon, Apple, and Kobo.

Simon Watkins is a former senior FX trader and salesman, financial journalist, and best-selling author. He was Head of Forex Institutional Sales and Trading for Credit Lyonnais, and later Director of Forex at Bank of Montreal. He was then Head of Weekly Publications and Chief Writer for Business Monitor International, Head of Fuel Oil Products for Platts, and Global Managing Editor of Research for Renaissance Capital in Moscow. He has written extensively on oil and gas, Forex, equities, bonds, economics and geopolitics for many leading publications, and has worked as a geopolitical risk consultant for a number of major hedge funds in London, Moscow, and Dubai. In addition, he has authored five books on finance, oil, and financial markets trading published by ADVFN and available on Amazon, Apple, and Kobo.