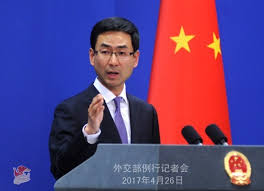 Russia and China are rallying behind Venezuela, warning against military intervention in the Latin American country which is facing a showdown today when the opposition plans to bring in a US “aid” package, Press TV reported.
China’s Foreign Ministry said on Friday the “so-called aid” should not be forced into Venezuela, lest it cause violence. A Venezuelan minister was in Moscow on Friday to meet Russian leaders.

President Nicolas Maduro on Thursday ordered Venezuela’s border with Brazil to be shut and threatened to also close the border with Colombia as opposition leader Juan Guaido planned to go to the frontier to receive the US package.

“If the so-called humanitarian assistance were forcefully sent to Venezuela it might trigger conflict and lead to serious consequences,” Reuters quoted China’s Foreign Ministry spokesman Geng Shuang as saying.

“This is not what anyone wants to see. China is against a military intervention in Venezuela and against any behavior that might cause escalation or turmoil,” he told reporters.

Russia’s Ministry of Foreign Affairs on Friday accused the United States and its NATO allies of discussing how to arm the opposition in Venezuela and said Washington was deploying Special Forces and equipment near the South American nation.

Moscow cited information to back its declaration about the plans to arm the opposition.

Russian Foreign Ministry spokeswoman Maria Zakharova said a US humanitarian aid convoy for Venezuela could provoke clashes and create a pretext for removing Maduro from power by force.

Maduro announced in a televised speech on Thursday that the vast border with Brazil would be closed “completely and absolutely” until further notice.

He called the aid delivery plans a US-orchestrated show, saying, “It’s better to prevent than to regret.”

The order also came after Colombian troops deployed “all of their capabilities” on the border with Venezuela in order to help the US delivery enter the country.

Brazil, in the meantime, said it was cooperating with the United States to supply aid to Venezuela, but the country would leave it to Venezuelans to take the goods over the border.

In an Associated Press interview last week, Maduro reiterated a refusal to allow humanitarian aid, calling boxes of US-donated food and pediatric supplies sitting in a warehouse on the border in Colombia mere “crumbs” after the US administration froze billions of dollars in the nation’s oil revenue and overseas assets.

“They hang us, steal our money, and then say, ‘here, grab these crumbs’ and make a global show out of it,” said Maduro last week.

Maduro said US sanctions on the oil industry are to blame for mounting hardships.

The US sanctions effectively ban all oil purchases by the US, which had been Venezuela’s biggest oil buyer until now.

Venezuela is plunging deeper into political chaos triggered by the US demand that Maduro step down a month into a second presidential term that the US and its allies in Latin America consider illegitimate.

The escalating crisis is taking place against a backdrop of economic and social turmoil that has led to severe shortages of food and medicine.