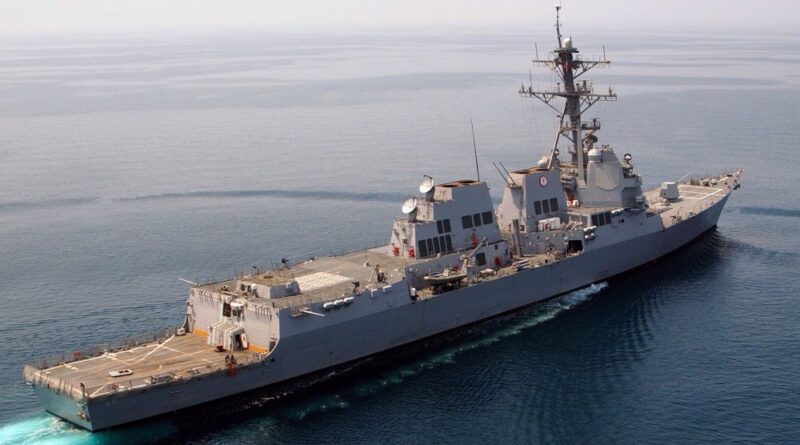 August 29, 2020.-  China’s military has warned of an unintentional military confrontation with the US if it does not halt its naval operations in the South China Sea, insisting that recent US activities in the region are instigating such hostilities.

The warning came after the spokesman for the Chinese People’s Liberation Army (PLA) announced that a US warship had intruded into China’s territorial waters without authorization.

“We urge the US to stop such provocative behavior and restrict its maritime actions to avoid possible military accidents,” said Senior Colonel Li Huamin.

The PLA spokesman said the American forces has ignored international law by repeatedly stirring up troubles in the South China Sea and claimed navigational hegemony in the name of “freedom of navigation,” seriously undermined Beijing’s sovereignty and security interests in the region.

Li reiterated China’s “undisputable sovereignty” over the islands in the South China Sea and their adjacent waters in the region, insisting that Chinese troops are always on high alert to resolutely protect national sovereignty and safeguard peace and stability in the area.

The US Navy claimed that the USS Martin had conducted a “routine” operation in the region, again invoking its self-proclaimed “freedom of navigation” principle to justify the move.

The development came after China’s Defense Ministry declared on Thursday that Beijing would not “dance to the tune” of the US or allow it to “cause trouble,” as Washington continues its operations in the South China Sea.

Washington and Beijing are currently at loggerheads over a host of issues, including trade, technology, Hong Kong, Taiwan, navigation in the East and South China Seas, and most recently, the coronavirus pandemic.

The South China Sea has recently become a flashpoint.

The United States has been trying to push back against what it views as China’s rising influence in the resource-rich South China Sea. Washington has sided with China’s rivals in maritime disputes in the sea and been routinely sending warships and warplanes to the region.

China said on Tuesday that the US had flown a spy aircraft into a Chinese no-fly zone during live-fire military drills, slamming the move as “naked provocation.”

The Chinese military launched two ballistic missiles into the South China Sea on Wednesday, in a clear warning to the United States.

The move came right after the US blacklisted 24 Chinese companies and individuals over their alleged involvement in construction efforts in disputed islands in the South China Sea.