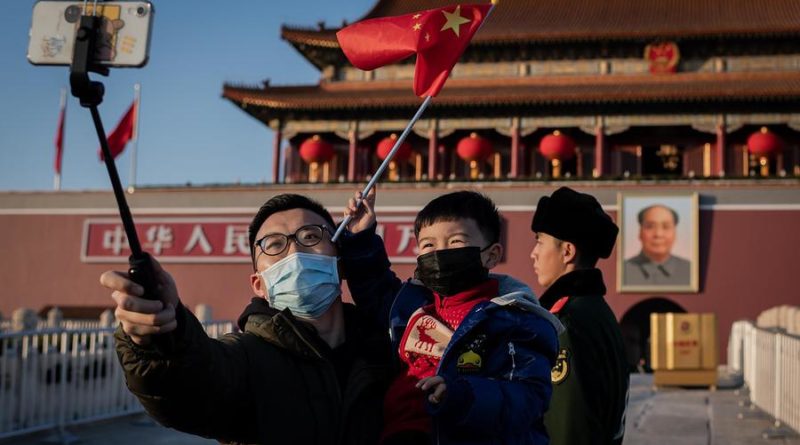 President Xi Jinping formally told WHO head Tedros Ghebreyesus, at their meeting in Beijing earlier this week, that the coronavirus epidemic “is a devil and we cannot allow the devil to hide.”

Ghebreyesus for his part could not but praise Beijing for its extremely swift, coordinated response strategy – which includes fast identification of the genome sequence. Chinese scientists have already handed over to Russian counterparts the virus genome, with snap tests able to identify it in a human body within two hours. A Russia-China vaccine is under development.

The devil, of course, is always in the details. In a matter of a few days, at the peak of the most congested travel period of the year, China did manage to quarantine an urban environment of over 56 million people, including megalopolis Wuhan and three nearby cities. This is an absolute first in terms of public health, anytime in history.

Wuhan, with a GDP growth of 8.5% a year, is a significant business center for China. It lies at the strategic crossroads of the Yangtze and Han rivers and at a railway crossroads as well – between the north-south axis linking Guangzhou to Beijing and the east-west axis linking Shanghai to Chengdu.

As premier Li Keqiang was sent to Wuhan, President Xi visited the strategic southern province of Yunnan, where he extolled the immense government apparatus to boost control and sanitary prevention mechanisms to limit propagation of the virus.

Coronavirus catches China at an extremely sensitive juncture – after the (failed) Hybrid War tactics displayed in Hong Kong; an American pro-Taiwan offensive; the trade war far from solved by a mere “phase 1” deal while more sanctions are being plotted against Huawei; and even the assassination of Maj. Gen. Qasem Soleimani, which ultimately is about targeting the expansion of the Belt and Road Initiative (BRI) in Southwest Asia (Iran-Iraq-Syria).

The Big Picture spells out Total Information War and non-stop weaponization of the China “threat” – now even metastasized, with racist overtones, as a bio-threat. So how vulnerable is China?

A people’s war
For almost five years now a maximum-security biolab has been operating in Wuhan dedicated to the study of highly pathogenic micro-organisms – set up in partnership with France after the SARS epidemic. In 2017, Nature magazine was warning about the risks of dispersion of pathogenic agents out of this lab. Yet there’s no evidence this might have happened.

In crisis management terms, President Xi has lived up to the occasion – ensuring that China fights coronavirus with nearly total transparency (after all, the internet wall remains in place). Beijing has warned the whole government apparatus in no uncertain terms not to attempt any cover-ups. A real-time webpage, in English, here, is available to everyone. Whoever is not doing enough will face serious consequences. One can imagine what awaits the party chief in Hubei, Jiang Chaoliang.

A post that went viral all over the mainland this past Sunday states, “We in Wuhan have truly entered the stage of people’s war against the new viral pneumonia”; and many people, “mainly Communist Party members” have been confirmed as “volunteers and observers according to street units.”

Crucially, the government directed everyone to install a “Wuhan Neighbors” applet downloaded from WeChat. That determines “our home’s quarantine address through satellite positioning, and then lock on our affiliated community organization and volunteers. Thenceforth, our social activities and information announcements would be connected to the system.”

Theoretically, this means that “anyone who develops a fever will report their condition through the network as soon as possible. The system will immediately provide an online diagnosis, and locate and register your quarantine address. If you need to see a doctor, your community will arrange a car to send you to the hospital through volunteers. At the same time, the system will track your progress: hospitalization, treatment at home, discharge, death, etc.”

So here we have millions of Chinese citizens totally mobilized in what’s routinely described as a “people’s war” using “high technology to fight against illness.” Millions are also drawing their own conclusions when comparing it with the use of app software to fight against the police in Hong Kong.

The biogenetic puzzle
Apart from crisis management, the speed of the Chinese scientific response has been breathtaking – and obviously not fully appreciated in an environment of Total Information War. Compare the Chinese performance with the American CDC, arguably the top infectious disease research agency in the world, with an $11 billion annual budget and 11,000 employees.

During the Ebola epidemic in West Africa in 2014 – considered a maximum urgency, and facing a virus with a 90% fatality rate – the CDC took no less than two months from getting the first patient sample to identifying the complete genomic sequence. The Chinese did it in a few days.

During the swine flu in the US in 2009 – 55 million infected Americans, 11,000 killed – the CDC took over a month and a half to come up with identification kits.

The Chinese took only one week from the first patient sample to complete, vital identification and sequencing of coronavirus. Right away, they went for publication and deposit in the genomics library for immediate access by the whole planet. Based on this sequence, Chinese biotech companies produced validated essays within a week – also a first.

And we’re not even talking about the now notorious building of a brand new state of the art hospital in Wuhan in record time just to treat victims of coronavirus. No victims will pay for their treatment. Additionally, Healthy China 2030, the reform of the health/development system, will be boosted.

Coronavirus opens a true Pandora’s box on biogenetics. Serious questions remain about experiences in vivo in which the consent of “patients” will not be required – considering the collective psychosis initially developed by Western corporate media and even the WHO around coronavirus. Coronavirus could well become a pretext for genetic experiments via vaccines.

Meanwhile, it’s always enlightening to remember Great Helmsman Mao Zedong. For Mao, the top two political variables were “independence” and “development.” That implies full sovereignty. As Xi seems determined to prove a sovereign civilization-state is able to win a scientific “people’s war,” that does not exactly spell out “vulnerability.”

Featured image: Would Mao Zedong (pictured in background at Tiananmen Gate in Beijing) be happy with China’s attempt to win a ‘People’s War’ on the coronavirus? Photo: Nicolas Asfouri / AFP