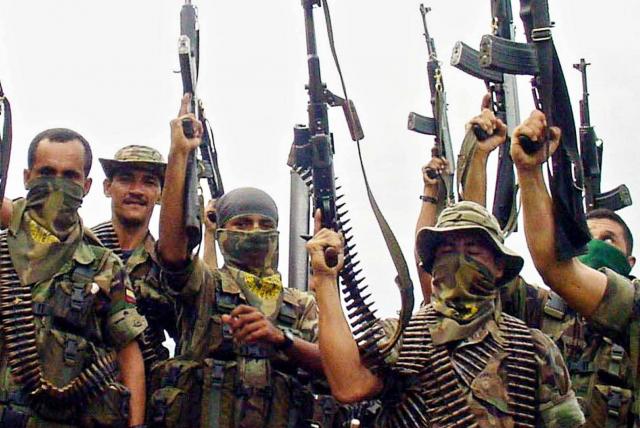 When people ask me if it is safe to visit Colombia, I always answer that it is fine if you don’t speak Spanish and stay on the well-guarded tourist trail. But you will never see the reality of one of the poorest countries in Latin America. You will never see the mass displacement of communities or the murders committed by paramilitaries and military or the police beating people in the streets.

Indepaz, a Colombian peace organization, recorded eleven massacres in 2021. One of the last was in the small town of Tarazá, Antioquia, where three young men were gunned down by the Gulf Clan, one of the largest paramilitary groups in the country. Before that, there was a massacre in Tibú, Norte de Santander, where paramilitaries entered a farm and killed three of the ten or so people gathered there. After the Tarazá massacre, paramilitaries displaced about 80 families from the nearby villages of El Socorro and El Seis. (Justice for Colombia, 2021). It is said there is a murder by drug lords, paramilitary, army, or police every other day in Colombia.

RELATED CONTENT: TODAY April 15 Webinar: Armed Conflict on the Venezuela-Colombia Border – The Battle of Apure (Translation to be Provided)

Social leaders, indigenous, and Afro-Colombians are often targeted, especially if their community speaks up for its communal rights. Wherever there are massacres, displacement of families follows, and the lands are usually occupied by the perpetrators. Mass protests are continuous, but the government ignores them. When thousands of indigenous people called a minga and marched to Bogotá in October last year to denounce the systematic assassination of land defenders and community leaders, President Duque refused to meet with them.

Since the Peace Accord was signed by the government and the Revolutionary Armed Forces of Colombia (FARC-EP) in 2016, there has been much state and paramilitary violence against community leaders, human rights defenders, and former guerillas. Indepaz reports that at least 375 people were assassinated in 90 massacres in 2020 alone. 253 demobilized FARC guerillas have been killed since 2017. The assassins are mostly paramilitaries who are covertly backed by the right-wing government, landowners, the churches, and the illegal drug trade. These forces in turn are guided indirectly by the policies and practices of the US.

Before the accords, government atrocities included “false positives,” wherein the military killed civilians and claimed they were combatants just to increase the body count. Last month, Colombia’s Special Jurisdiction for Peace, a court created under the peace agreements between the FARC insurgents and the government, concluded that between 2002 and 2008 the Colombian army extrajudicially killed more than 6,400 civilians, almost three times the number of “false positives” previously reported by the government.

The US has many reasons to continue its decades long domination of Colombia and support for its government. Colombia is a strategically placed country touching both the Pacific Ocean and the Caribbean Sea. And Colombia does dirty work for the US. For example, recently several failed coup attempts in Venezuela were orchestrated by Colombia, and Colombia pursues a media war throughout Latin America against Venezuela, Cuba, Nicaragua, and other progressive governments and movements.

As a new member of NATO, Colombia now trains mercenaries, police, and military forces of other countries, including those used as US proxies in Central America and elsewhere. Integration with US imperial strategy is evidenced by the growing number of US military bases in Colombia and the schooling of all top Colombian military officials at the US School of the Americas (now WHINSEC). Further, Simón Trinidad, leading peace negotiator for the FARC EP, was extradited to the United States in 2004 and tried for drug trafficking and holding hostages. Trinidad, now 70, was convicted of the hostage charges and sentenced to 60 years, in an unjust criminalization of popular resistance to a murderous regime.

Yet Colombians have never stopped struggling. There has been something of a permanent national strike since 2019, with constant street protests in spite of COVID-19. These protests face one of the more brutal police forces in the world, called the Mobile Anti-Disturbance Squadron (ESMAD), created by the US. In Bogotá on September 9 of last year, ESMAD forces killed more than ten people and injured hundreds.

The Colombian social movements made up of workers, students, peasants, indigenous and Afro-Colombia communities, support the 2016 peace agreement between the government and the FARC guerilla and the democratic political process that was supposed to allow the social movements to organize and the FARC and others to participate in elections without having their leaders and candidates massacred. They seek a better life for the great majority of their fellow citizens and a sovereign Colombia, rather than the country it is now, subject to the political, economic, and military dictates of the US.

US intervention in Colombia has made it a permanent war zone, a country which exists for the interests of the US, a pawn to further control and dominate the entire Americas. So, when people ask me if it is safe to travel to Colombia, I might answer as I explained in the first sentence of this article. But if you really want to see and know Colombia, don’t go as a tourist. Instead, go there to accompany the people in their communities and learn about their struggles.

(Task Force on The Americas)