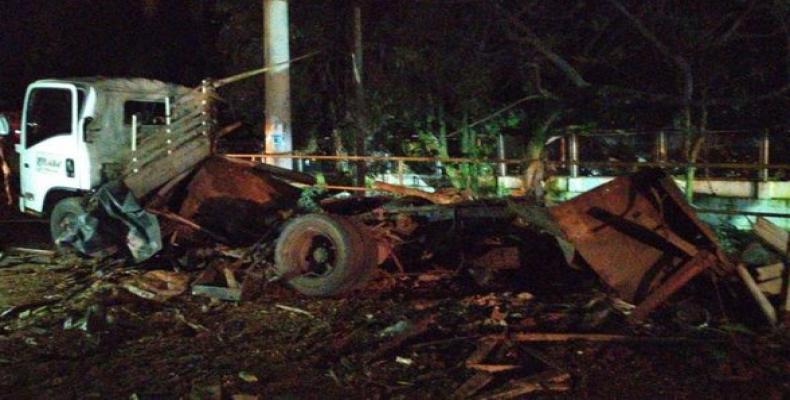 The attack occurred in Santander de Quilichao, in Cauca.

The night of this November 22, around 20:45 (local time), the explosion of a pump truck has been recorded in Santander de Quilichao, north of the Department of Cauca, reports El Tiempo . The incident has occurred near a police station.

RELATED CONTENT: Is Colombia Exploding? In some Cities November 21 is Not Over Yet – State Terrorism?

In videos, spread on social networks, several victims are seen . The preliminary figure is 3 dead and at least 10 injured , according to El Tiempo.

For his part, the president of Colombia, Iván Duque, said the attack left 7 people injured.

“We condemn the cowardly terrorist attack in Santander de Quilichao that leaves 3 of our police dead and 7 wounded. The order to our public force is to identify those responsible for this act.  We stand in solidarity with this community and the families of these heroes” , he stated on his Twitter account.

According to the media, the police killed by the explosion were identified as Ever Danilo Canacuan Cuaical, a native of Cumbal, Nariño; Jesús Norbey Muelas Ipia, from Piendamó, Cauca; and Roy Valentino Gallyadi Fernández, born in Popayán.

According to the media, there were two explosions that “were felt throughout the city.” In addition, immediately, after the outbreak, the electric power was cut in the municipality in question.

The event occurs on the second day of protests nationwide, which have been marked by clashes between protesters and police, as well as numerous acts of vandalism.

On the other hand, the curfew in part of Bogotá remains in force because of the riots.