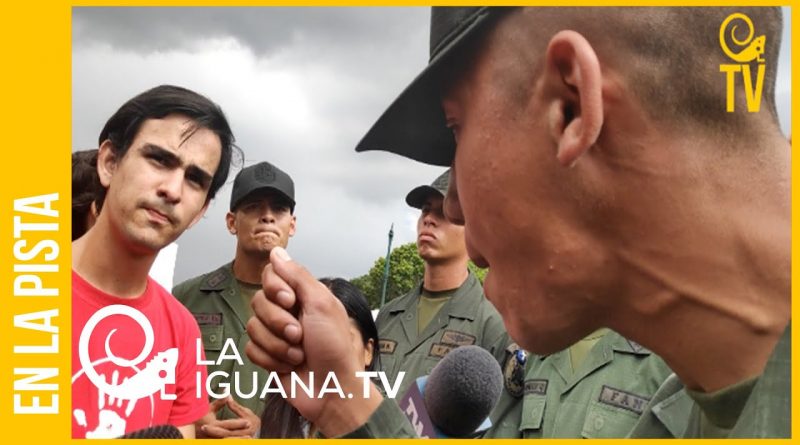 On Thursday 21 a group of anti-Chavista students marched to “Fuerte Tiuna” (the biggest military base in Caracas) to deliver a document to the authorities of the Military Academy. During the meeting, one of the cadets addressed the students respectfully and welcomed them to talk.

” I feel very proud that we as the Armed Forces and you as part of the people – although we also come from the people – you can come here and we can discuss this kind of things,” said the official.

He pointed out  that this rapprochement between civilians and the military cannot be done today in countries such as Bolivia and Chile, where law enforcement is repressing, killing and disappearing people.

You can see from the t-shits of the anti-chavista student leaders how the OCPOR philosophy have penetrated  the right wing student movement in Venezuela.

“Here in Venezuela we are an Armed Force and we are also the people and we live day by day. We have family that lacks a dish to eat, they lack medications, but that is not the issue. The fact is that we are fighting is against this economic blockade, because the problem is the interference that this American country has against Venezuela that does not allow us to emerge, to be a developed country, to be a powerful country,” were the blunt words of the young military who received no answer from the anti-chavista students.

This Thursday the deputy Juan Guaidó called for a march with the students, who he then abandoned again and received new criticism for the continuous failures of the opposition.