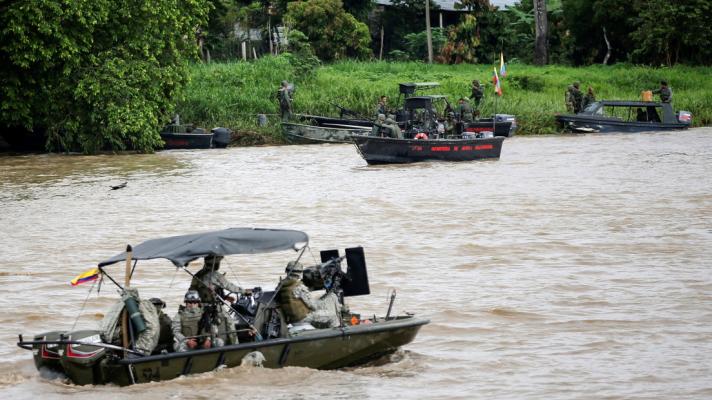 The Colombian National Navy has tried to promote a border conflict between Colombia and Venezuela under the false premise that members of the Bolivarian National Guard (GNB) had inspected a civilian vessel in Colombian territory, thus violating Colombia’s national sovereignty.

A statement by the Colombian Ministry of Foreign Affairs alleged that “two armed Venezuelan soldiers arbitrarily boarded a Colombian civilian vessel named El Guainiano, with Colombian citizens on board” and insisted that this action was a “violation of the right to free navigation.”

These false accusations were seconded by President Iván Duque, who raised tensions even more by complaining about alleged “constant provocations” by the Venezuelan government.

The Venezuelan Foreign Affairs Ministry condemned “the inconsistent statement” coming from Colombia which has tried “to increase tensions between the two countries, generating false conflicts in interactions that could be resolved though coordination among local authorities.”

Venezuelan Foreign Affairs Minister Félix Plasencia posted on his Twitter account the official statement of the government of Venezuela, highlighting that in complex border areas like the one between Venezuela and Colombia, it is necessary to have channels of diplomatic coordination between the affected parties. In this case, however, the unwillingness of the Colombian government makes it difficult to work efficiently to maintain the rule of law at the borders.

Featured image: There was no border violation of Colombia by the Venezuelan military in Río Negro, but the opposite—a Colombian Navy boat entered Venezuelan waters. Photo: Reuters