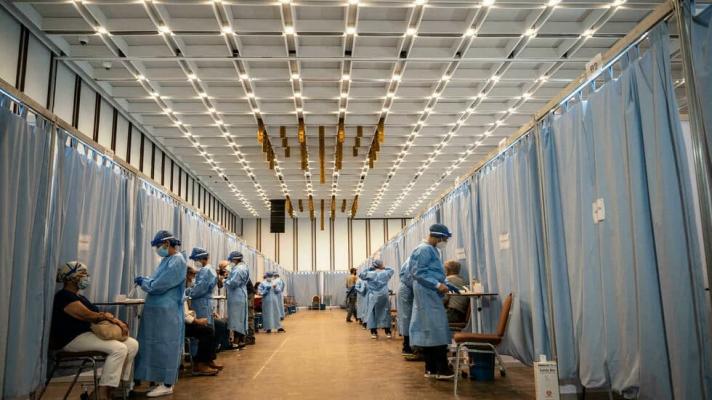 According to information from Our World In Data, as of August 26, 2021, Venezuela has been the country with the world highest daily COVID-19 vaccination rate with respect to its population. At the regional Caribbean and Latin American level, Cuba and Venezuela are among the countries with highest rates of immunization.

Venezuela exceeds in that period, on average, the vaccination per population rates of the Western nations that have had greater and better access to vaccines, such as Canada, the United States, Germany and the United Kingdom.

The World Health Organization (WHO) has pointed out that in Venezuela:

These figures are praiseworthy in regard to what a country is capable of doing despite the obstacles arising from the blockade imposed by the United States and the European Union. It is also necessary to remember that the vaccine lots that the Venezuelan government paid through the COVAX mechanism have been delayed due to a sabotage of the country’s financial transactions by foreign banking entities.

A mathematical exercise would show that, had the almost six million single-dose Johnson & Johnson vaccines that were originally requested from COVAX arrived, the current number of fully vaccinated people in Venezuela would triple, to an average of 31% of the population vaccinated with two doses.

Accelerating the national Immunization Campaign
Executive Vice President Delcy Rodríguez informed that, starting this week, the immunization rate would be tripled, with the aim of reaching the goal of vaccinating 70% of the population, this would mean that 22 million people would be vaccinated before the end of the month of October.

To achieve this, the Venezuelan government is implementing the following streamlining measures: