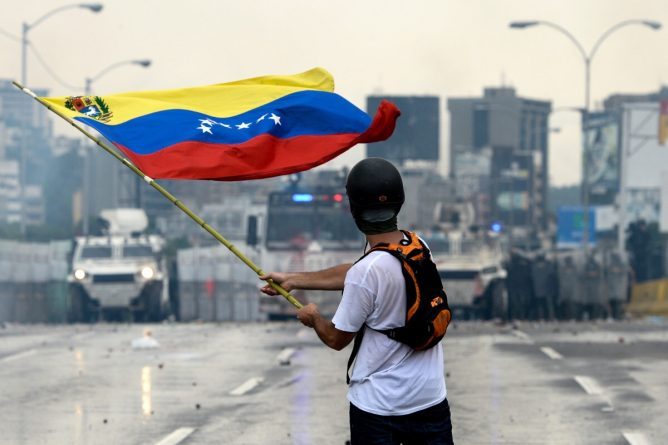 On Friday last week Jeremy Corbyn tweeted that “The future of Venezuela is a matter for Venezuelans. @Jeremy_Hunt’s call for more sanctions on Venezuela is wrong. We oppose outside interference in Venezuela, whether from the US or anywhere else,” adding that “there needs to be dialogue and a negotiated settlement to overcome the crisis.”

This followed a letter published with the support of numerous leading Labour figures including John McDonnell MP and Diane Abbott MP in The Guardian that read “The far-right governments of Trump and Bolsonaro offer no hope to Venezuela or to the majority of people in Latin America,” adding “Whatever views people hold on Venezuela, there is no justification for backing the US attempt at regime change under way, which, if successful, could go the way of the disastrous interventions in Iraq and Libya, “ and concluding “Instead, the way forward is the call for dialogue from the Mexican and Bolivian presidents.”

Jeremy’s comments also followed the tabling of this Early Day Motion by five prominent Labour MPs – namely  Chris Williamson MP, Clive Lewis MP, Ian Lavery MP, Jon Trickett MP and Grahame Morris MP – entitled ‘Outside Interference in Venezuela’ which “rejects the US President Donald Trump’s approach to regime change, which violates international law; [and] further expresses its disappointment at the UK Government’s decision to fall in behind the US Administration’s actions towards Venezuela.”

These statements predictably faced heavy criticism from those in the Tory Party – and Tory supporting media – who are desperate to follow the Trump administration’s regime change agenda. In recent months this interventionist agenda – which is clearly against international law – has included increasingly harsh sanctions which will hit the people of Venezuela hard, and comments from Trump himself, VP Pence, and Secretary of State Mike Pompeo amongst others that have included threats of military action. They have also threatened to put Venezuela on the state sponsors of terrorism list and invoked the possibility of a right-wing military coup, whilst recognising an unelected President (a step now followed by the UK government).

For many Labour members, what was perhaps more surprising was that Labour MPs including Mike Gapes and Angela Smith were willing to join in this chorus of misrepresentation and the wave of those justifying Trump and Bolsonaro’s approach on Venezuela, even joining Tory Minister Alan Duncan MP in attacking the signatories to the aforementioned Guardian letter.

Whilst this may be disappointing, it shouldn’t be surprising. Jeremy Corbyn was elected Labour leader and increased Labour’s vote in the General Election on the basis of a clear break from the policies of the Blair years such as outsourcing our foreign policy to the US. In the Parliamentary Labour Party, many have simply not accepted this change. And there is no sign that they will in the near future.

In the current circumstances therefore, where the risk of a coup or military intervention in Venezuela is growing by the day, Labour members must not be distracted by those seeking to return us to the position of following the US war machine..

Instead, we must be absolutely clear that Jeremy Corbyn is right. Labour must stand for dialogue, as proposed by Mexico, Uruguay and others, not Trump’s war, coup and ‘regime change’ agenda.

A model motion for CLPs on Venezuela can be found here and you can sign a petition against Trump’s illegal ‘regime change’ agenda here.