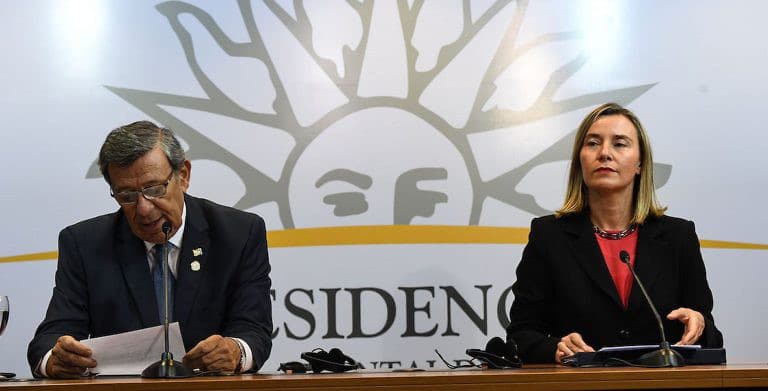 After concluding on Thursday, the international conference on the political situation in Venezuela, held this Thursday in Montevideo, the Uruguayan capital, the final declaration of the so-called International Contact Group (IGC) was not adopted unanimously by the participating countries. According to what was read by Uruguayan Foreign Minister Rodolfo Nin Novoa, the group intends to hold new presidential elections, ignoring those held in May 2018, in which President Nicolás Maduro won 67 percent of the votes. In addition, (the group intends) to allow the entry of a “humanitarian aid”, denounced by the Venezuelan Government as an excuse to achieve intervention in the South American nation.

According to Foreign Minister Nin Novoa, Bolivia, Mexico and the member states of the Caribbean Community (Caricom) are not among the countries that supported the declaration.

The conference was convened by the governments of Mexico and Uruguay, which decided to adopt a neutral and non-interventionist position before other countries in the region that recognized the self-proclaimed Juan Guaidó as “president in charge”, an act not contemplated in the Venezuelan Constitution.

Differences with the Montevideo Mechanism
The objectives of the final declaration of the international conference are different from the Montevideo Mechanism proposed by the foreign ministers of Uruguay and Mexico, Marcelo Ebrard, in which four phases were established to achieve dialogue in Venezuela between the parties involved.

However, the representatives of Mexico and Bolivia stressed that the IGC’s statement proposes points of interference in the internal affairs of Venezuela, since it intends to impose actions that are not within its competence, such as the holding of presidential elections or the entry to Venezuela (by force) of “humanitarian aid”.

In this regard, Bolivian Foreign Minister Diego Pary asserted that his government did not adhere to the declaration because “we can not support a text that refers to the organization of elections (…) this is an internal issue of Venezuela and they should define their difficulties and in what manner they will solve them. ”

He also urged countries that have carried out illegal and unitary sanctions against Venezuela to lift them, since he considers that “the blockade of Venezuela is what is affecting the economy” of the nation.

Who participated?
At the conference, the so-called International Contact Group on Venezuela participated, which is composed of eight members of the European Union (EU): France, Germany, Italy, the Netherlands, Portugal, Spain, Sweden and the United Kingdom. The representatives of Bolivia, Costa Rica, Ecuador, Mexico and Uruguay also attended.

In addition, the high representative of the EU for Foreign Affairs, Federica Mogherini, and the Uruguayan President, Tabaré Vázquez, were present.

Objectives of the international conference
The Uruguayan Ministry of Foreign Affairs explained in a statement that “the purpose of the conference is to lay the foundations for establishing a new dialogue mechanism that, with the inclusion of all Venezuelan interests, helps to restore stability and peace in that country.”

He said that the initiative responds to the call of the Secretary General of the United Nations (UN), António Guterres, “to bet on dialogue with those who deny that this possibility exists”.

For its part, the EU group said that the international conference on Venezuela seeks to “contribute to creating the conditions for a political and peaceful process that allows Venezuelans to determine their own future,” through the “holding of free elections. , transparent and credible, in line with the country’s Constitution. ”

The president of the Plurinational State of Bolivia, Evo Morales, spoke in support of the international conference to promote a dialogue mechanism in Venezuela.

For his part, the president of Venezuela, Nicolás Maduro, spoke in favor of the Montevideo Mechanism, which proposes four phases for dialogue. This was agreed at the meeting on Wednesday, February 6, between 14 CARICOM countries, Mexico, Bolivia and Uruguay. The Venezuelan government has denounced an ongoing coup, supported by the US and its EU followers, with the self-proclamation of the opposition Juan Guidó as “president in charge”, which is not contemplated in the Constitution. In addition, this contradicts what was expressed by Venezuelans in the elections of May 2018, when 67% of the electoral roll voted for Nicolás Maduro.