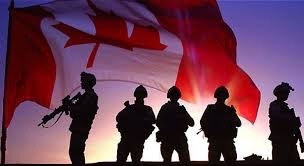 It’s convenient but incorrect to simply blame the USA for Ottawa’s nefarious role in the slow motion attempted coup currently underway in Venezuela.

Critics of the Liberal government’s push for regime change in Venezuela generally focus on their deference to Washington. But, Ottawa’s hostility to Caracas is also motivated by important segments of corporate Canada, which have long been at odds with its Bolivarian government.

In a bid for a greater share of oil revenue, Venezuela forced private oil companies to become minority partners with the state oil company in 2007. This prompted Calgary-based PetroCanada to sell its portion of an oil project and for Canadian officials to privately complain about feeling “burned” by the Venezuelan government.

Venezuela has the largest recognized oil reserves in the world. The country also has enormous gold deposits.

A number of Canadian companies clashed with Hugo Chavez’ government over its bid to gain greater control over gold extraction. Crystallex, Vanessa Ventures, Gold Reserve Inc. and Rusoro Mining all had prolonged legal battles with the Venezuelan government. In 2016 Rusoro Mining won a $1 billion claim under the Canada-Venezuela investment treaty. That same year Crystallex was awarded $1.2 billion under the Canada-Venezuela investment treaty. Both companies continue to pursue payments and have pursued the money from Citgo, the Venezuelan government owned gasoline retailer in the US.

In 2011 the Financial Post reported, “years after pushing foreign investment away from his gold mining sector, Venezuelan President Chavez is moving on to the next stage: outright nationalization.” Highlighting its importance to Canadian capital, the Globe and Mail editorial board criticized the move in a piece titled “Chavez nationalizes all gold mines in Venezuela.”

In a further sign of the Canadian mining sector’s hostility to the Venezuelan government, Barrick Gold founder Peter Munk wrote a 2007 letter to the Financial Times headlined “Stop Chavez’ Demagoguery Before it is Too Late”: “Your editorial ‘Chavez in Control’ was way too benign a characterization of a dangerous dictator — the latest of a type who takes over a nation through the democratic process, and then perverts or abolishes it to perpetuate his own power … aren’t we ignoring the lessons of history and forgetting that the dictators Hitler, Mugabe, Pol Pot and so on became heads of state by a democratic process? … autocratic demagogues in the Chavez mode get away with [it] until their countries become totalitarian regimes like Nazi Germany, the Soviet Union, or Slobadan Milosevic’s Serbia … Let us not give President Chavez a chance to do the same step- by-step transformation of Venezuela.”

A year earlier, the leading Canadian capitalist told Barrick’s shareholders he’d prefer to invest in the (Taliban controlled) western part of Pakistan than in Venezuela or Bolivia. “If I had the choice to put my money in one of the Latin American countries run by (Bolivian President) Evo Morales or Venezuelan President Hugo Chavez — I know where I’d put my buck,” said Munk, referring to moves to increase the public stake in resource extraction to the detriment of foreign investors.

Corporate Canada’s most powerful sector was none too pleased with Chavez’ socialistic and nationalistic policies. Alongside Canadian mining growth, Canadian banks expanded their operations in a number of Latin American countries to do more business with Canadian mining clients. More generally, Canadian banks have benefited from the liberalization of foreign investment rules and banking regulations in the region. A few days after Chavez’s 2013 death the Globe and Mail Report on Business published a front-page story about Scotiabank’s interests in Venezuela, which were acquired just before his rise to power. It noted: “Bank of Nova Scotia [Scotiabank] is often lauded for its bold expansion into Latin America, having completed major acquisitions in Colombia and Peru. But when it comes to Venezuela, the bank has done little for the past 15 years – primarily because the government of President Hugo Chavez has been hostile to large-scale foreign investment.” While Scotiabank is a powerhouse in Latin America, Canada’s other big banks also do significant business in the region.

At the height of the left-right ideological competition in the region the Stephen Harper government devoted significant effort to strengthening the region’s right-wing governments. Ottawa increased aid to Latin America largely to stunt growing rejection of neoliberal capitalism and in 2010 trade minister Peter Van Loan admitted that the “secondary” goal of Canada’s free trade agreement with Colombia was to bolster that country’s right-wing government against its Venezuelan neighbour. The Globe and Mail explained:  “The Canadian government’s desire to bolster fledgling free-market democracies in Latin America in an ideological competition with left-leaning, authoritarian nationalists like Venezuela’s Hugo Chavez is rarely expressed with force, even though it is at the heart of an Ottawa initiative.” An unnamed Conservative told the paper: “For countries like Peru and Colombia that are trying be helpful in the region, I think everybody’s trying to keep them attached to the free-market side of the debate in Latin America, rather than sloshing them over into the Bolivarian [Venezuelan] side.”

Ottawa wants to crush the independent/socialistic developments in Venezuela. More generally, the growth of Canadian mining, banking and other sectors in Latin America has pushed Ottawa towards a more aggressive posture in the region. So, while it is true that Canada often does the bidding of its US puppet master, capitalists in the Great White North are also independent actors seeking to fill their own pockets and thwart the will of the Venezuelan people.

Yves Engler is co-author of Stop Signs: Cars and Capitalism on the Road to Economic, Social and Ecological Decay. His latest book is Left, Right: Marching to the Beat of Imperial Canada. Read other articles by Yves.