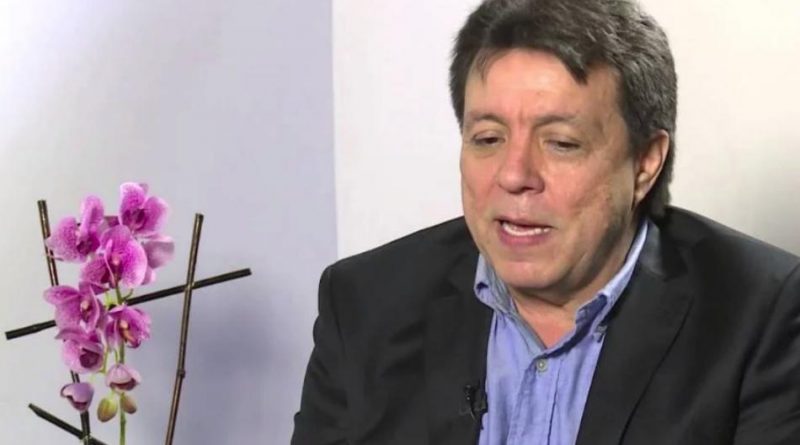 Agents from the Misdemeanors section of the Judicial Investigation Agency (OIJ) of Costa Rica arrested former Venezuelan governor Eduardo Manuitt today, accused of the crimes of deprivation of liberty, threats, coercion and torture.

At a press conference, the director of the OIJ, Wálter Espinoza, said that together with the former governor of the Venezuelan state of Guárico between 2000 and 2008 and ex-deputy between 1994 and 1999, his son Carlos Manuitt Morao and his brother Alberto Martínez Camero were also arrested, as well as Costa Ricans José Francisco Villalobos and Juan Aguilar.

He said the investigation began last April, after the detainees filed a complaint with the OIJ for alleged theft of five head of cattle in the Coronado sector.

The inquiry adds that hours after being victims of this alleged theft of cattle, foreigners of Costa Rican nationality entered nearby farms, where they threatened their owners with firearms to obtain information.

“There are reports that some of the victims were held for fifteen, six, and three hours, were tortured and threatened with weapons,” Espinoza said.

According to the judicial authorities, during the raids carried out in Escazú, Santa Ana and Coronado, all in San José, firearms, four vehicles and documents related to the crime reported by them to the OIJ were seized, as well as a Salvadoran passport, apparently false, in the name of the former Venezuelan governor.

The Bolivarian government of Venezuela considers Eduardo Manuitt a fugitive from justice of that country, after verifying the theft of funds destined for Guárico during his tenure.

Children of Manuitt were present at the violent takeover of the Venezuelan Embassy in San José, Costa Rica
It is recalled that Mrs. Maria Faría, after being appointed to the position of ambassador by the self-proclaimed Juan Guaidó, on January 29, took advantage of the absence of personnel in the Venezuelan diplomatic legation in San José to enter at dawn on the 20th of February, to the property together with a group of ‘collaborators’.

In the image are two of the children of former Governor Manuitt with the ambassador appointed by the self-proclaimed Juan Guaidó on the night of the violent assault on the Venezuelan diplomatic headquarters in San José, Costa Rica.

“In the fulfillment of the diplomatic functions, assigned by President Guaidó and recognized by the Government of Costa Rica, we assume control of the administrative headquarters of the Venezuelan embassy in San José. Pending “, published Faría on his Twitter account.

When the violent capture of the Embassy of the Bolivarian Republic of Venezuela, located in San José de Costa Rica, took place, the Venezuelan legation in Costa Rica denounced, in its official Twitter account, threats and acts of intimidation by several Venezuelan citizens, who were refugees, including two children of the opponent Eduardo Manuitt, former governor of the state of Guárico (1999-2008).

“President Carlos Alvarado, we denounce that we have been intimidated and threatened by these two Venezuelan citizens in a condition of refuge in Costa Rica, we hold these people responsible for anything that happens to officials and their families,” said the Venezuelan embassy in his Twitter account, at that time.

RELATED CONTENT: The Caracas Manifesto: Proposal and Promise at the Sao Paulo Forum 2019

Following these events in February 2019, the Ministry of Foreign Affairs of Costa Rica released a statement in which it deplored the “unacceptable entry” to the headquarters of the Venezuelan embassy in that Central American nation of envoys diplomats appointed by Venezuelan opposition leader Juan Guaidó, self-proclaimed president in charge of that South American country.

“For the Government of Costa Rica, such a procedure is unacceptable because it injures elementary diplomatic norms of respect and trust of relations in the international community, and above all, of international law,” says an official note issued from the Yellow House, headquarters of the Costa Rican Foreign Ministry.

After this statement from the Costa Rican Foreign Ministry, the ambassador of Guaidó and his ‘collaborators’ had to vacate the diplomatic headquarters and respect what was agreed between the Venezuelan Government led by Nicolás Maduro and the Costa Rican Government, regarding the deadline for the withdrawal of the Venezuelan legation of the country.