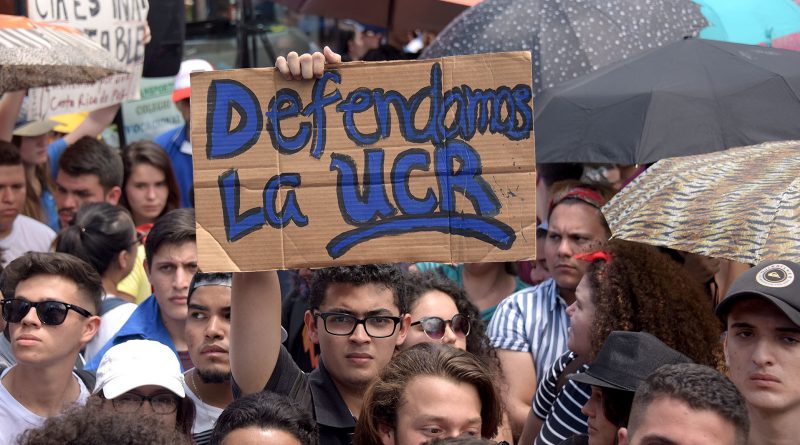 Thousands of Costa Rican university students are mobilized in the streets of the capital city, San José, with the purpose of defending the right to public education in the nation.

With the slogan “defend the public U” students marched on Tuesday to the Presidential Residence to demand authorities respect the Special Higher Education Budget (FEES).

A statement from the University of Costa Rica (UCR) said they require the Ministry of Finance and Minister Rocío Aguilar to cease their actions and policies aimed at weakening Costa Rican public universities.

“We demand that the entire budget agreed for 2020 FEES be provided without restrictions imposed by said ministry, so that each university can allocate its budget according to its needs and thus not violate the principle of university autonomy,” he said. The struggle of university students comes at least a week after the FEES cut to state study houses was announced.

Local media reported that the Ministry of Finance decided to divert 70 billion colones – about 122 million dollars – of current expenditure from state universities, allocating them to capital investment.

In that sense, on October 17, the students of the University of Costa Rica (UCR) and National University (UNA) took the campuses of those educational centers in rejection of the FEES budget.