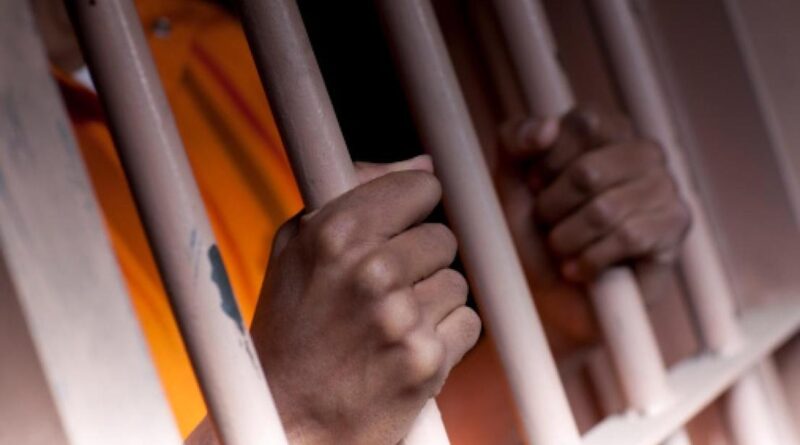 The health and financial impacts of the covid pandemic have been enormous. More than 42 million people have been infected and 679,000 have died in this country. Individuals, businesses and every level of government have suffered as they lost income and revenue. Many workers are unemployed and certain sectors of the economy still suffer disproportionately. There is an easy case to make in favor of the $1.9 trillion American Rescue Plan (ARP) which was passed in order to relieve these many crises.

The argument is harder to make when those funds are being used for police and prisons, and which is happening across the country. The state of Alabama is poised to use ARP funds to build three new prisons . Philadelphia is paying for police and for jails. The state of Idaho is  increasing correction officer salaries. Mesa, Arizona will buy surveillance equipment for its police department. A lawsuit is pending in Kansas City, Missour i which will determine whether relief funds can be allocated to that city’s police department.

The prison building proposal in Alabama is particularly troubling. Only 41% of its population is fully vaccinated against covid. The spread of the Delta variant there has resulted in covid patients utilizing half of all Intensive Care Unit (ICU) beds in the state, which means that non-covid patients are also impacted by this lack of capacity. An average of 50 Alabamans die of covid every day. Black people in the state are as hesitant as white residents to be vaccinated and consequently have the same high death rate. One would think that Alabama would be a state eager to bolster its health care system with ARP funds. Alas, incarceration is a priority while sick people literally can’t find a hospital bed.

RELATED CONTENT: Is the US Global Empire Actually in Decline? Part 1

All of these plans cynically claim that policing and incarceration are health, safety, and infrastructure issues. ARP funds are allowed to make up for losses of revenue but they could just as easily be used for health care, housing or schools. Police departments are very well funded with over $118 billion spent on U.S. polSystemic racism and weak movement politics allow states and cities to spend relief funds on police and jails.ice departments as of 2018. The armed forces of Russia, Germany, France, the U.K. and Japan all receive less money than American police departments.

That is because police in this country are a domestic military force. Just as in the days of the slave patrol they are used to keep Black people under physical control. Maintaining that level of control is a constant political priority, regardless of whether any other needs are met. Police can always count on having good paying jobs and all the resources they want while millions suffer from low wage work, inadequate housing, and crumbling schools. No one should fear eviction because ARP funds have been earmarked for rental assistance , but states and cities are slow to spend that money.

The failure here is not just about systemic racism as it pertains to law enforcement. There is also a failure of left wing movements. Mayors and legislators should be afraid of public opposition if  ARP funds are used for anything except human needs. In the absence of strong movement politics they can expect little push back and are assured of getting whatever they want.

RELATED CONTENT: Tangled up in Blue: Lessons for Police Reform?

The huge protests which occurred in 2020 after the police murder of George Floyd now seem to be figments of the imagination. Attention given to the presidential election and the imperative of getting rid of Donald Trump sucked the oxygen out of the room. The movement itself lacked structure and was unable to sustain itself. There are still plenty of reasons to protest but the moment seems to have passed for most of those who were activated last year.

The rallying cry for community control of police must be extended to the entire governmental apparatus. We have a plethora of governments at the city, county, state and the federal level yet they rarely act on the public’s behalf. That is why elected officials from Idaho to Pennsylvania to Alabama are certain they can get away with using the people’s money for dubious reasons. New prisons and better paid police are all we have to show for sickness, unemployment, and death.