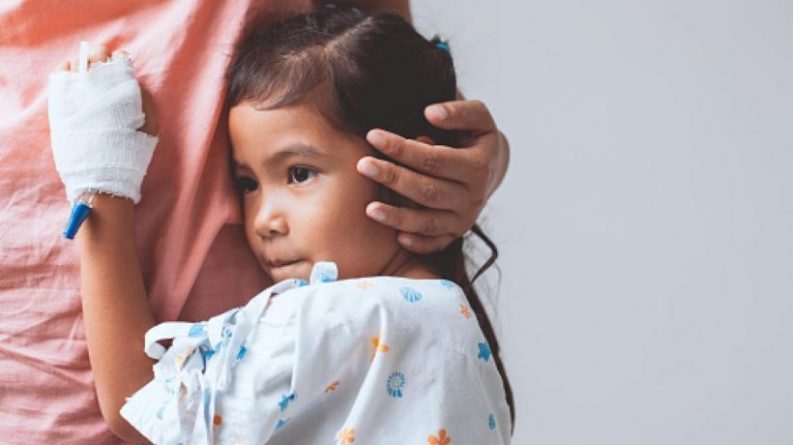 The history of the agreement between the Bolivarian Republic of Venezuela and the Association for Bone Marrow Transplantation (ATMO) dates back to 1997 when Mercedes Álvarez accompanied her little niece Michelle to Italy to treat a type of leukemia.

At that time, Michelle needed a stem cell transplant that was almost impossible for a person with “limited economic resources in Venezuela, but with the help of many hands, she managed to get to Italy to obtain this operation.”

Upon her return, Mercedes, Michelle’s aunt, founded the Foundation for Bone Marrow Transplantation in Maracaibo to get other children in need of transplants to travel to Italy to get them.

Seven years later, she created the Association for Bone Marrow Transplantation, twin sister of the Italian association that operated on her niece, which encouraged travel to Italy for children in need of transplants.

RELATED CONTENT: Venezuelans in Need of Imported Medicines Report Being Targeted by US Sanctions

According to this association, “the Humanitarian Cooperation Program between Italy and Venezuela has the public and private institutional support of the Bolivarian Republic of Venezuela, which manages and finances – both in Venezuela and in Italy – health benefits, specialized studies and the drugs to meet the needs of patients.”
“The costs of hospitality, food, monthly pocket money, paperwork and health services, including bone marrow transplantation, are totally free for Venezuelan families and are fully covered by our program, supported by the Venezuelan State thanks to the support of PDVSA (Petróleos de Venezuela SA),” says the association.

THE HISTORY OF CHILD SURGICAL PATIENTS
Since its creation in 2006, more than a thousand patients were treated, among which more than 300 received transplants until 2015. Among them, the range is from small children to 18 year old youths. According to the secretary of the National Human Rights Council of Venezuela Larry Devoe, more than 500 patients have benefited from the PDVSA-ATMO agreement.

One of them is Raylis, who in 2013 went to be treated for a lymphoma and received a transplant thanks to the donation of bone marrow from her uncle. She was known at the Hospitable Treasury of Padua for playing the violin during her stay because she belonged to the Simón Bolívar Orchestra.

Other children like Kevin and Juan José arrived from places like Maracaibo and San Cristóbal to be treated quickly in Italy. The two of them have had successful bone marrow transplants.

Like them, nine-year-old Óscar was accompanied by his mother and uncle in his treatment, as well as post-operatively, where they drew and even cooked in the Italian hospital to entertain themselves.

Different was the case of Isabella who at three years old was diagnosed with Chediak-Higashi syndrome, also known as Gray Children’s Syndrome, which can only be cured with a bone marrow transplant. Five months after her arrival, Isabella was finally able to receive a transplant after spending that time cooking, playing and doing manicure sessions.

At that time, thanks to the agreement, her parents, Julia and Andrés, also became friends with a couple of university students who took Isabella to visit the mountains of Ponte di Legno to make her stay more pleasant.

Some of these stories, along with others, can be found on the page of the Bone Marrow Transplant Association of Italy.

HOW THE AGREEMENT HAS BEEN AFFECTED
Since 2018, the agreement began to have problems with the payments to carry out the operations in Italy, contemplated in the agreement. According to the Foreign Ministry of the Bolivarian Republic, money deposited during 2019, to reactivate the agreement, was part of the more than 1,500 million euros that the bank Novo Banco de Portugal withholds in the country.

This blockade is due to the alerts system of the US Treasury Department that included the Venezuelan transactions as “suspected of coming from corruption, drug trafficking, terrorism and violation of human rights.” Immediately these alerts are raised, the Department of the Treasury threatens sanctions to the banks that receive it, forcing them to withhold the money or bounce [the transaction].

Thus this fact generated that a good part of the patients who were treated normally until a few years ago were affected in the medical stages that lead to their definitive cure. Some of them are hospitalized in Venezuela in one of the medical centers of the country waiting for the trip to Italy, while others can not be operated on there until the corresponding payments are made.

The deaths that derive from the blockade to Venezuela were described by the independent expert of the UN, Alfred De Zayas, as “crimes against humanity”.