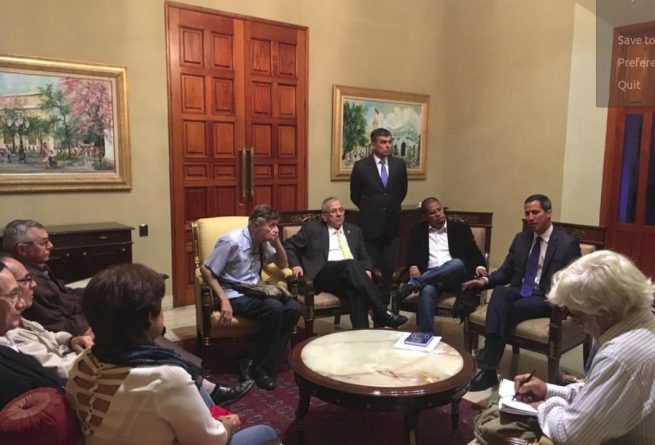 In the twitter account of Juan Guaido, he posted a few hours ago about a meeting he held with representatives of the so callled “chavismo critico” (critical chavismo) .

“We held a meeting with Chavez former ministers. We heard their proposals and we agree with the necesity of solving the problems of Venezuelans. We keep working and listening to all sectors that want a change”, the deputy self-proclaimed interim president of Venezuela said.

“This group of former chavistas that have been criticizing chavismo since they lost their position of privilege and since the economy of Venezuela started to get affected by the US Sanctions, do not represent the sentiment of chavismo in the streets”, said a political analyst consulted by OT regarding this event.

“You have to pay attention in the following days to this trend that is designed to have impact outside Venezuela due the fact that these individuals do not represent the reality of chavismo”, he concluded.