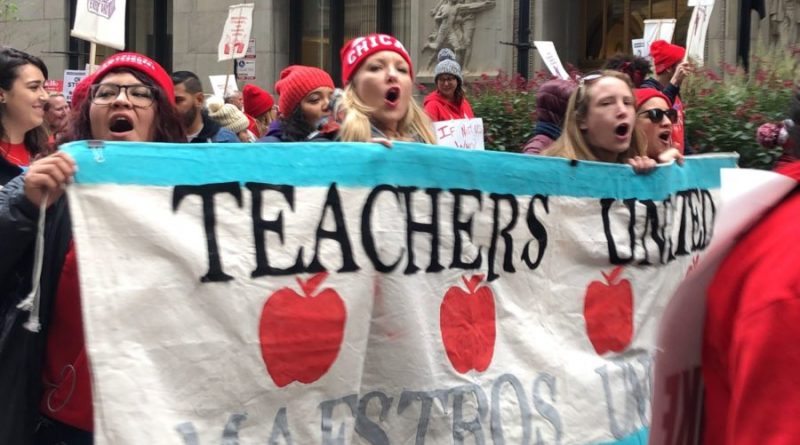 Another day of bargaining between City Hall and the Chicago Teachers Union ended Saturday night with reports of continued progress on two key issues — class size caps and support staff — but a stall in three other critical areas.

Union officials reported little progress on the length of the contract, pay and benefits for veteran teachers and paraprofessionals, and teacher prep time.

Earlier in the day, Mayor Lori Lightfoot told reporters that she would be “very surprised” if classes resumed on Monday. Later Saturday night, in a joint statement with schools chief Janice Jackson, she said families would be updated Sunday about the potential for school at the start of the week.

“We will continue to work hard at the bargaining table, but given that critical issues have yet to be resolved, we do not at this time anticipate classes will resume on Monday,” she said.

In the statement, Lightfoot and Jackson lamented the pace of negotiations, and said the city was waiting on “full, written counteroffers” to its latest proposals on class size and support staffing. “Our team has been turning around thoughtful counteroffers at a rapid pace. We are hopeful that CTU will meet that pace tomorrow so we can bring this process to a fair and responsible end.”

Speaking to the press outside of Malcolm X College on Saturday night after bargaining ended for the day, the union’s vice president, Stacy Davis Gates, characterized talks with optimism, while also acknowledging many details were left unsettled.

RELATED CONTENT: How to Resolve the Chicago Teachers Strike? Tax the Rich.

“Everything is moving, we’re having substantive discussions,” she said.

Union officials were hesitant to say a deal couldn’t be reached before the end of the weekend, and left the possibility open that there could be school on Monday.

The two sides negotiated from about 1 p.m. to 7:30 pm. Talks started late because several members of the bargaining team attended a morning ceremony to honor former union president Karen Lewis. Negotiations are set to resume Sunday.

As for other progress reported Saturday, union officials said they’d reached a tentative agreement with the city on pipeline development for teachers of color and a continued moratorium on charter school growth. Chalkbeat reported earlier this week that the two sides had agreed to limit the number of charter schools and charter student enrollment for the duration of the contract.

The city said it had put forth full proposals on class size and support staffing and had received a partial counteroffer on class size and nothing yet on support staff. Union officials reported Friday winning more social workers, nurses, special education case managers, and bilingual program coordinators, as well as language about how they’d be phased in over time.

Union officials said Saturday night there was still a rift between the two sides on how to enforce those two issues. Before the strike, for example, the district had guidelines for class size, but a committee established to keep watch over the issue had little authority.

“That’s going to take a lot of time to dot ‘I’s and cross ‘T’s,” Davis Gates said. “These are things that the Chicago Public Schools have never done before. These are all very brand-new.”

The mayor’s floor leader, Ald. Gilbert Villegas, attended contract negotiations for about 90 minutes Saturday and also sounded a positive note about the talks. He told WBEZ there were “a couple things outstanding that are not that big in my opinion.” Villegas will return to the bargaining table Sunday.

The union’s general counsel, Robert Bloch, described progress at the table earlier Saturday, but said many sticking points remained, including the length of the contract. The city wants a five-year deal, while the union wants a three-year contract. Bloch said the last time the union agreed to a five-year contract, which lasted from 2007 to 2012, the district rescinded its final year of promised raises, which has made union officials wary about entering into a longer agreement.

Union officials have said previously that, in addition to the length of the contract, there is still an impasse over pay for paraprofessionals, such as teaching assistants and school clerks, and raises for veteran teachers.

The two sides have also yet to reach an agreement on teacher evaluations and whether veteran teachers with distinguished ratings can skip parts of the evaluation process.

The district continued to highlight parts of its offer on social media this afternoon, drawing attention to average cost of raises for teachers and its pledge to provide a nurse for every school by 2024.

Meanwhile, the teachers union and the union that represents support staff held a morning rally in the Douglas Park neighborhood, as well as other events throughout the day.

She said the union’s counter-proposal on class sizes, which was sent to the city today and described as a partial response, called for “over-sized classes to be automatically triggered for review.”

She also said bargaining team members had been working on at least two “letters of understanding” about how the district funds schools and how it rates them.

Letters of understanding are considered part of the contract and binding, according to the union, and they generally are intended to put pressure on the district to address larger issues.

On funding, Lightfoot has said she wants to spend the year studying how the district funds schools. Under the current approach, known as “student-based budgeting,” schools receive the bulk of their budget money on a per-pupil basis. Schools with shrinking enrollments tend to get less budget money.

“We are asking for a funding formula that is based on equity rather than students in ‘seats,’” Gunderson wrote.

The union also wants the school district to stop factoring student test scores into a school’s rating, according to an internal union document that was distributed earlier this week.