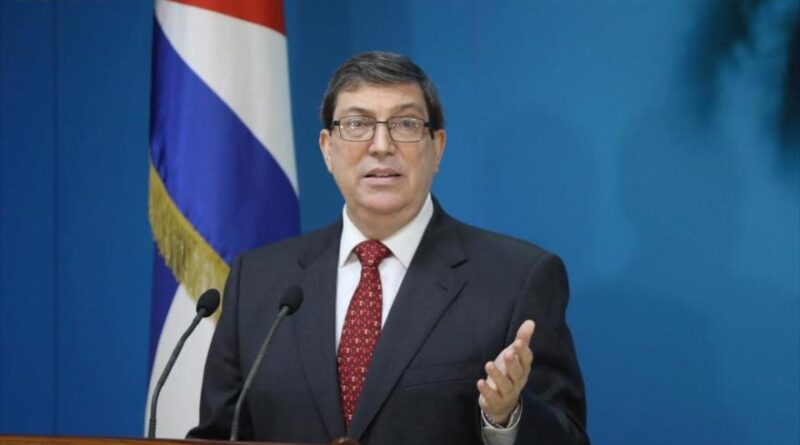 Cuba lashed out at attempts to politicize studies about the origin of COVID-19, as the United States continues its attempts to link China with the spread of the virus.

On Wednesday, August 11, Cuban Foreign Affairs Minister Bruno Rodríguez commented on the positions of some Western powers regarding the origin of COVID-19, mainly that of the United States in relation to China. In a message posted on Twitter, the Cuban Foreign Affairs Minister rejected the “attempts to politicize, single out, and stigmatize studies about the origin” of the new coronavirus pandemic, and praised the responsible and transparent contribution of the Asian giant in confronting the health crisis.

In April 2020, then-US President Donald Trump, who repeatedly tried to link the virus to Beijing—even calling it the “China virus” or “Wuhan virus”—hinted that his administration had launched an investigation to determine whether the lethal pathogen was related to the laboratory of the Institute of Virology of Wuhan, located in the Asian country.

For its part, China has repeatedly denied such allegations, stating that, by creating unfounded accusations against it, Washington and other countries are trying to distract public opinion from their own failures to contain the virus.

In January 2021, the World Health Organization (WHO) deployed a delegations of experts who remained in China for almost two weeks and concluded that the most probable origin of the mutation of the novel coronavirus was through an intermediary species, likely bats or a related animal. They did not find any evidence to corroborate the laboratory leak theory mainly spread by the United States.

In this sense, the Chinese Foreign Minister, Wang Yi, denounced on August 1 that Washington wanted to “politicize” the investigation into the origin of the new coronavirus, calling it “disrespectful to science and justice.”

In addition, Beijing and many experts have admitted the possibility that COVID-19 could have reached China with the US military delegation that took part in the 2019 Military World Games, held in Wuhan on November 2019, that is, on the eve of the outbreak of the epidemic.

In another part of his message, the Cuban Foreign Minister called on the international community to strengthen cooperation and solidarity in order to confront the pandemic throughout the world, and expressed concern about the inequality of access to COVID-19 vaccines.

Along these lines, on Tuesday WHO spokesman Bruce Aylward asked the most powerful countries on the planet to change their “shameful” hoarding of vaccines and reverse a course of action that is causing untold death in many regions affected by poverty, delaying any global resolution to the pandemic.