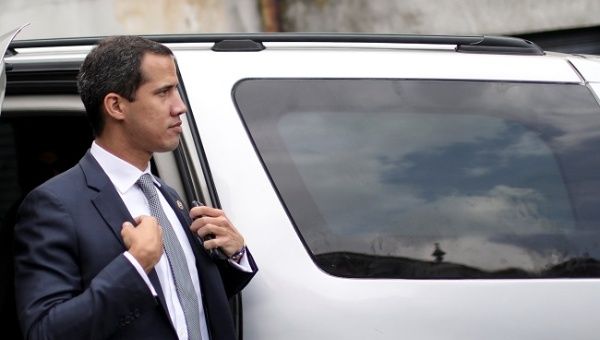 The self-proclaimed president of Venezuela is trying to recover from his embarrassing coup by punishing the people of the Bolivarian Republic with new sanctions.

Juan Guaido called on the European Union via Twitter Sunday to impose new sanctions against Venezuela in order to weaken the country after his failed coup.

“We ask our allies in Europe to legitimize our representatives to the maximum for the consolidation of our government. In addition, we urge the European Union to extend sanctions against the regime as a measure to pressure to achieve a solution to the crisis,” Guiado tweeted.

Following his plea to sanction his own country, Guaido called on the European Union to support his efforts to charge the Venezuelan Government with crimes against humanity. “Finally, we call on the European Union to support and promote the efforts we have undertaken before national and universal bodies to charge crimes against humanity in Venezuela.”

Guaido recently had a rough weekend as his call for wide-scale protests across Venezuela on Saturday were only attended by a few hundred people, mostly in eastern Caracas.

The self-proclaimed president of Venezuela has failed to garner much support from the Armed Forces of the Bolivarian Republic, prompting him to call on the United States to militarily intervene on his behalf.