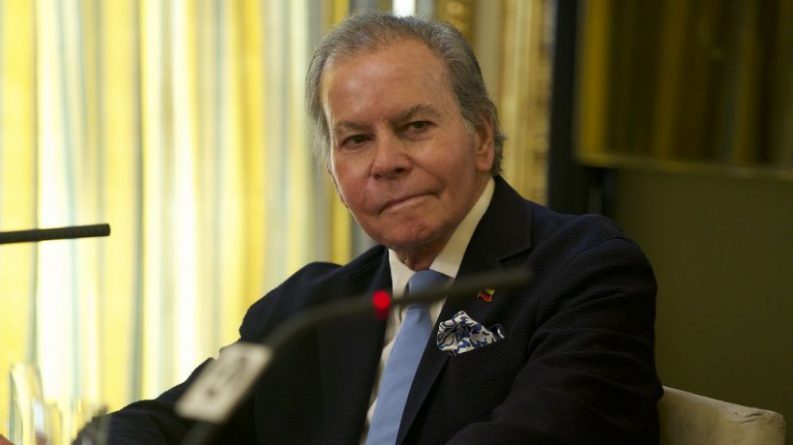 In an interview conducted by the blog “Estación Central”, the former Venezuelan diplomat and tireless promoter of a military intervention in Venezuela (R2P), Diego Arria, presented a new element to add on the divisions of anti-Chavismo.

For Arria, “in Venezuela today, Juan Guaidó is not the president, there are five presidents, it is a collegial government, even according to the statute of the democratic transition that they approved; Guaidó was deprived of that attribution that the constitution granted him. In order these are the presidents: Leopoldo López, Juan Guaidó, Julio Borges, Henry Ramos Allup and Manuel Rosales. “

RELATED CONTENT: These are the Anti-Chavista Groups That Pompeo Could Not Unite

This statement comes after the head of US diplomacy, Mike Pompeo, said privately: “Our dilemma, which is to keep the opposition together, has proven to be tremendously difficult.” Pompeo added, jokingly, that “the moment Maduro leaves, everyone will raise their hands and [say]: ‘Take me, I’m the next president of Venezuela.’ There would be more than forty people who believe that they are the legitimate heir of Maduro. ”

It seems that Diego Arria has his own version of the programmatic crisis in antichavismo, so he reduces the list to “five presidents” who, in his opinion, “govern in a collegiate way”.

It is not surprising that Arria takes for granted that there is indeed something similar to a “government” other than Maduro in Venezuela, but also that it is composed of five leaders who, since Chávez’s rise to power, have had innumerable fights and confrontations.

It’s worth saying, a bad formula to build a “collegial government”.