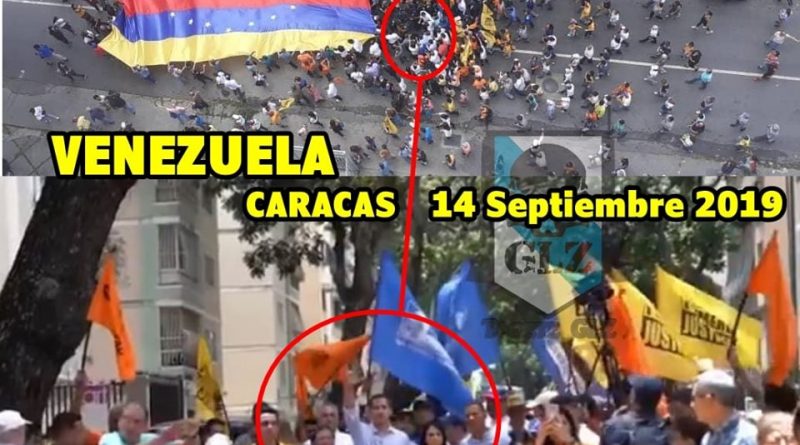 “Betrayal pays dearly” and “citizens do not believe in more deception” were some of the expressions that were read this Saturday and Sunday in social networks after several residents of the Caracas’ neighborhood “Bello Monte”  broadcast videos where a small group of people was seen accompanying deputy Juan Guaidó in his last “house by house” rally.

“In another era the streets of “Colinas de Bello Monte” would be full. Today, dozens of betrayals later, that’s what they manage to summon, ”said user @BigMaglyRedSox on Twitter.

For his part @LuisJoeyVZLA considered that what happened on September 14 in Bello Monte is a sign that the people “do not believe in more deception of those who betray them. There is strength, it is necessary to coordinate the national will to leave the MUD-PSUV regime ”.

@MonicaCorrales also expressed herself in this regard, ensuring that the support she had at the beginning of his (Guaido’s) “administration” “vanishes while he insists on imposing his electoral campaign.”

The user @GusRosesF said in another tweet that “Colinas de Bello Monte gave a dose of reality to Guaidó and the opportunists around him. We are tired of mediocre politicians who underestimate our intelligence. ”

These Venezuelans who expressed their opinions on the networks were attacked by other right wing Venezuelans who considered them traitors and ungrateful for exposing the lack of turnout of the opposition deputy.