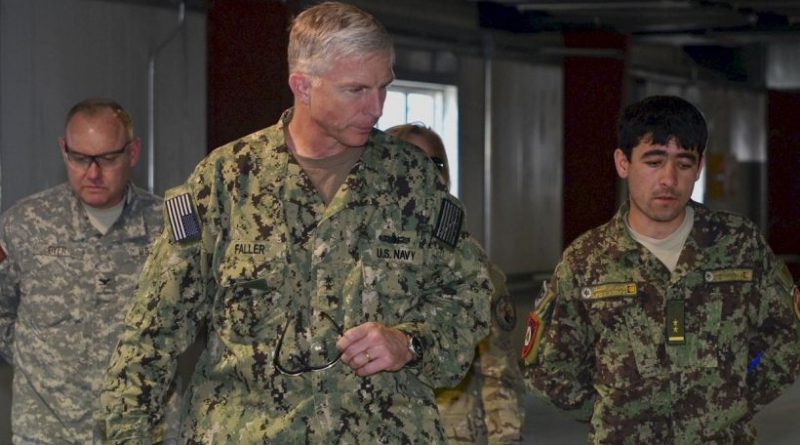 In less than a month, the United States air raids in our Maiquetía Flight Information Region (FIR) have multiplied, following a pattern that is obviously very worrying. The routes described by its EP-3 Ares II aircraft are revealing, taking into account the nature of this type of aircraft.

The EP-3 Aries II is a signal intelligence reconnaissance aircraft, and they would be able to provide fleet commanders and theaters of US operations, in the event of an aggression, real-time information on our radar (frequencies, range, location), aerial devices (flight identification, threat characterization, trajectory, speed, height) and frequency bands of military and civil communications for electronic radio interference actions.

For this, they have a range of high gain receivers and antennas (to capture the greatest amount of signal), exploring a wide range of radio-electronic emissions in the depth of our territory.

The EP-3 Aries II or more modern versions are operating in strategic areas of potential conflict for the United States: border areas of Russia, the Korean Peninsula, the Sea of Japan, the South China Sea, the Mediterranean Sea (near Syria) and the Caribbean sea. It is clear that these types of aircraft operate in areas where the military confrontation could be far-reaching.

Making a bit of history, on April 1, 2001, a Chinese J-8D fighter jet collided with a United States EP-3 reconnaissance aircraft that violated airspace in southern China, near Hainan Island (Washington did not acknowledge the Chinese claim on the Paracel Islands, and therefore denied that the plane was in Chinese airspace).

Interception incidents in this area had previously occurred. The crew of 24 Americans was finally allowed to return home on April 11 of the same year. The US plane was not returned for another 3 months, during which time Chinese specialists were responsible for examining the aircraft. Russia is another country that repeatedly intercepts this type of aircraft near its borders.

In the case of Venezuela, the recognition of signal intelligence is carried out by our most important and best defended flank. Most of the country’s population and our industrial core is based in the central and northern coastal region, and more importantly, it is the seat of the nation’s public powers.

The United States, in the warlike conflicts that it has promoted since the 90s of the last century, has shown that any combat strategy against a country is preceded by actions of recognition of signal intelligence. They manage to specify air defense systems, radars, communications systems, military air and naval equipment.

The first phase of the aggression is the execution of radio-electronic interference measures by knowing the frequency bands and modulation techniques of your enemy. Radar and communication systems that are not capable of applying countermeasures are, in some way, “blinded.”

PREPARATIONS FOR AN AGGRESSION AGAINST VENEZUELA ARE ONGOING

Subsequently, from remote areas, usually maritime, saturation attacks are made using remote control missiles. The saturation in the attack minimizes even more an effective response by means of anti-aircraft systems if there are limited capacities of this type, complicated all the more by a radio-electronic war environment. The remote control missiles already have their pre-established objectives thanks to the previous work carried out by airplanes similar to the EP-3 Aries II.

After decimating the air defenses of the attacked country, they move on to the conventional bombing phase using fighter planes and drones.

Subsequently the ground is prepared for an invasion. It should be noted that the role of signal intelligence recognition aircraft is maintained throughout the conflict. In 1991, E-3 aircraft (model prior to EP-3 Aries II) participated in Operation Desert Storm, playing a crucial role in directing the coalition planes against the Iraqi armed forces under Saddam Hussein.

There is also “flying” radar with multiple target identification capabilities simultaneously with sophisticated equipment and a crew of 24 specialists.

At the moment, Venezuela has neighboring countries with hostile governments and lackeys of imperialism, who are making available their territory, airspace and political institutions for the preparations for an aggression against the country. The illegal incorporation into the TIAR (Inter-American Treaty of Reciprocal Assistance) by the National Assembly in contempt is not a fortuitous event, rather it is the way to give a “legal” hue to any military aggression.

Impotence assaults the member countries of the Lima Group, who until recently hypocritically rejected the use of force for a change of government in Venezuela. As time goes by, and seeing that their political and economic pressures do not bring results, we find statements such as those of Argentine Foreign Minister Jorge Faurie, who announced that the Lima Group “is committed to reaching a solution by peaceful means”, but emphasizing: “Always the use of force will be a resource that will remain for the moment that corresponds”, based on the illegal reinstatement of the country to the TIAR by the National Assembly in contempt.

It is shocking that an Argentine takes such positions, if we remember that this country requested the activation of the TIAR during the Malvinas War, facing not only the inaction of the United States, but also with the supply of intelligence and weapons information by this country to the English.

Also the governments of Chile and Colombia, members of the Lima Group, at that time were placed on the side of the invading power, England, and its partner, the United States.

Thanks to investments in air military equipment and air defense during the government of Hugo Chávez, and in general, in all the structures of our FANB, Venezuela has a modest but respectable deterrent capacity. We need much more, especially in the maritime aspect, and in continuing to strengthen our air defense, but we have something as important as the equipment: the morale and loyalty of our military.