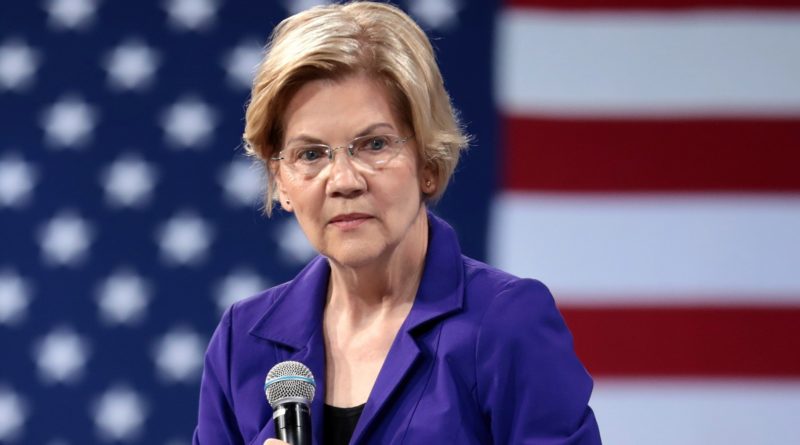 In a nauseating interview on Pod Save America, Elizabeth Warren endorsed suffocating US sanctions on Venezuela, backing Trump’s strategy to stop its “ability to have an economy” while parroting neocon regime-change myths. She then whitewashed the far-right military coup in Bolivia.

For the millions of Venezuelans suffering under a suffocating US blockade, there is no functional difference between Donald Trump and Elizabeth Warren. In fact, the liberal Democratic presidential candidate has enthusiastically endorsed the far-right president’s strategy of relentless warfare against Venezuela and its nearly 30 million inhabitants.

After praising the US government’s sanctions on Venezuela, which violate international law and have led to the preventable deaths of tens of thousands of civilians, Warren went on whitewash the far-right military coup in Bolivia, where the Trump administration has helped put racist Christian extremists and actual fascists in power.

Warren’s eagerness for economic war on Caracas earned her the recognition of right-wing news websites like The Federalist, which gleefully emphasized that “Elizabeth Warren Agrees With Trump’s Strategy In Venezuela.”

The Massachusetts senator wanted to show off her foreign policy bona fides in a softball interview with a former Barack Obama administration apparatchik on the podcast Pod Save America, which is known for its centrist politics and close links to Hillary Clinton.

In the interview, the Democratic presidential candidate agreed wholeheartedly with her host Tommy Vietor, who previously served as a spokesperson for President Obama and the US National Security Council.

RELATED CONTENT: How an Anti-Sexist Candidate Got Smeared as Sexist

Both spread lie after lie about Venezuela, based on hyperbolic corporate media myths.

Although the interview was conducted back in February, video clips have recently resurfaced and gone viral on social media.

Elizabeth Warren supports Juan Guaido. Supports sanctions of Venezuela. Says Maduro is starving his people even though she acknowledges that the US has economic sanctions and that she supports those sanctions.

She's horrible and a threat to Latin America. pic.twitter.com/2FTH2yufXV

Warren: “I support economic sanctions” and coup leader Guaidó
Tommy Vietor, an implacable critic of Donald Trump and a prominent symbol of the liberal self-declared “Resistance,” kicked off the interview segment singing the praises of the far-right president’s strategy of economically and diplomatically strangling Venezuela.

“The Trump administration has recognized the National Assembly president Juan Guaidó as the president, and encouraged a bunch of other countries to follow suit, in frankly what was a pretty impressive diplomatic play by them,” Vietor applauded — failing to mention that more than 80 percent of Venezuelans had never heard of Guaidó at the time Washington anointed him as the unelected head of state.

“Mm hmm,” Warren uttered in agreement, echoing Vietor’s endorsement of the Trump administration for attempting to install Guaidó through a coup.

Trump “also sanctioned Venezuela’s oil industry, which is a major step to cut off all their supply of dollars and their ability to have an economy,” Vietor continued.

Warren chimed in: “Start with the fact that Maduro is obviously a dictator; he’s terrible; he’s stolen this election; it’s a nightmare for the people of Venezuela.”

The Democratic presidential candidate, who portrays herself as a progressive, proceeded to endorse all of the major planks of the Trump administration’s hybrid war against Venezuela.

“This notion of using our diplomatic tools, I’m all for it,” she continued. “I think recognition [of Guaidó], I think getting our allies to do it; it’s a way to bring diplomatic pressure.”

“We should be leading the international community to get help to those people,” she said of Venezuelan migrants. “That puts more pressure on Maduro,” Warren boasted.

The Democratic presidential candidate made it clear that she would continue the hybrid war on Venezuela, which has caused large numbers of Venezuelans to leave the country, while also incentivizing Venezuelans to leave the country with promises of aid on the other side of the border. In other words, Warren pledged to exacerbate Venezuela’s migration crisis, which is already at epidemic levels thanks to crushing US sanctions.

A study published in April by economists Jeffrey Sachs and Mark Weisbrot at the Center for Economic and Policy Research found that US sanctions on Venezuela, which are illegal under international law, caused at least 40,000 deaths from 2017 to 2018.

Warren has promised to continue lethal sanctions, fueling more migration from Venezuela, but simultaneously boosting aid — just like liberal war hawks who supported the international proxy war on Syria, which created millions of refugees, while pledging to help those displaced people.

The only Trump tactic Warren disapproved of was his “saber-rattling,” referencing his belligerent tone. Instead of threatening direct military intervention, Warren argued, the United States should continue polices of hybrid and economic warfare to destabilize Venezuela’s leftist government.

And Washington should continue this hybrid warfare while “working with our allies,” she stressed, in a way “that increases the pressure on Maduro.”

While demonizing Venezuelan President Maduro, who was first elected in 2013 and then re-elected in 2018, host Tommy Vietor and Elizabeth Warren went on to praise German Chancellor Angela Merkel, who is from a center-right religious party.

Critics pointed out that Merkel has been in power since 2005, but is not demonized as a dictator.

Why doesn’t she call Merkel a dictator? She’s been President since 2005, Maduro since 2013. The US’ FP is super racist.

Warren reiterates her neoconservative policies against Venezuela
Elizabeth Warren repeated her support for regime change in Venezuela in an interview in September with the Council on Foreign Relations, a central gear in the machinery of the military-industrial complex.

“Maduro is a dictator and a crook who has wrecked his country’s economy, dismantled its democratic institutions, and profited while his people suffer,” Warren declared.

She referred to Maduro’s elected government as a “regime” and called for “supporting regional efforts to negotiate a political transition.”

Echoing the rhetoric of neoconservatives in Washington, Warren called for “contain[ing]” the supposedly “damaging and destabilizing actions” of China, Russia, and Cuba.

The only point where Warren diverged with Trump was on her insistence that “there is no U.S. military option in Venezuela.”

We asked @ewarren 12 questions about her foreign policy views. Read her answers on China's treatment of the Uighurs, trade, Venezuela, and more ⬇️ https://t.co/zwqaKGGIXN

On November 10, the US government backed a far-right military coup against Bolivia’s democratically elected President Evo Morales, a leftist from the popular Movement Toward Socialism (MAS) party and the first Indigenous head of state in a country where nearly two-thirds of the population is Native.

Warren refused to comment on the putsch for more than a week, even as the far-right military junta massacred dozens of protesters and systematically purged and detained elected left-wing politicians from MAS.

Finally, eight days after the coup, Warren broke her silence. In a short tweet, the putative progressive presidential candidate tepidly requested “free and fair elections” and calling on the “interim leadership” to prepare an “early, legitimate election.”

The Bolivian people deserve free and fair elections, as soon as possible. Bolivia's interim leadership must limit itself to preparing for an early, legitimate election. Bolivia's security forces must protect demonstrators, not commit violence against them. https://t.co/oDiiGmzEzq

What Warren did not mention is that this “interim leadership” she helped legitimize is headed by an extreme right-wing Christian fundamentalist, the unelected “interim president” Jeanine Añez.

Añez has referred to Bolivia’s majority-Indigenous population as “satanic” and immediately moved to try to overturn the country’s progressive constitution, which had established an inclusive, secular, plurinational state after receiving an overwhelming democratic mandate in a 2009 referendum.

Añez’s ally in this coup regime’s interim leadership is Luis Fernando Camacho, a multi-millionaire who emerged out of neo-fascist groups and courted support from the United States and the far-right governments of Brazil and Colombia.