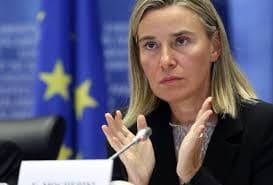 On this Monday, February 4, the 28 member states of the European Union failed to reach an agreement to not recognize as a bloc the constitutional mandate of Venezuelan President Nicolás Maduro and recognize Juan Guaidó as “interim president.”

“There will be no common declaration,” Europa Press reported, based on diplomatic sources. “Italy was the only one” that has not accepted the text, the news agency said.

This Sunday the deadline given by the European Union for the national president, Nicolás Maduro, to call for new elections, expired. However, given the impossibility of the EU member countries to reach a joint agreement, the governments of Spain, France, the United Kingdom and Germany have decided separately to recognize Guaidó as “interim president” of Venezuela.

“The EU reaffirms its support for the National Assembly and its president and the individual member states will recognize Mr. Juan Guaidó, president of the National Assembly, as interim president of Venezuela in accordance with its national prerogatives and internal procedures,” said part of the text that the head of the EU’s Foreign Policy, Federica Mogherini, has not been able to get it approved as a block.