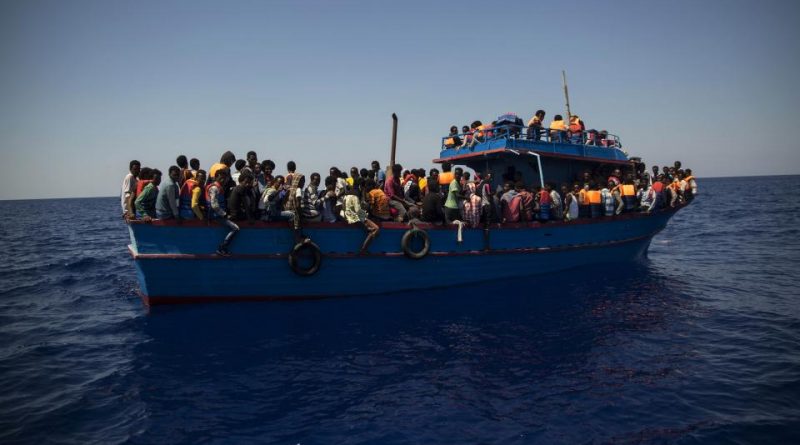 At least 683 migrants died in 2019 in the Mediterranean Sea according to figures published today by the International Organization for Migration (IOM). The deaths occurred mostly in the three main migratory routes of the Mediterranean, especially in the western one.

“The deaths registered in the three main routes of the Mediterranean Sea during these 199 days of 2019 number 683 individuals, around 47 percent less than those confirmed during the same period in 2018,” IOM explained in a statement.

Spain became the most wanted destination after the Italian government hardened its policies against migrants. Italy reached an agreement with the Libyan Coast Guard to prevent refugees and asylum seekers from entering its coasts.

Although the monthly arrivals to Spain have been reduced in relation to the previous year, deaths in the western Mediterranean route are still high. There the number of deaths reached 204 for just over six months of this year, compared to 296 at this time in 2018, said IOM. The data is derived from the “Missing Migrant Project”, which since 2014 systematically records deaths in migration routes around the world.

Since then, 32,362 migrants have been killed, although “due to the difficulties in collecting information about these people and the context of their deaths, the true number of lives lost during migration is likely to be much greater,” says the organization.

RELATED CONTENT: Antiwar Organizing Could Soon be a Crime in NJ! (Coming Soon to Your State?)

The last fatal incident in the Mediterranean was recorded two days ago. There the death of a woman was registered by the NGO Caminando Fronteras, which operates a direct line for people in danger who try to cross the sea from North Africa. During the search operation led by the rescue services in Spain, 73 people, including 23 women, were rescued from a shipwreck in the Alboran Sea. They also recovered the body of a woman. In total, 276 migrants were rescued from four boats that same day: three boats were reached by the Spanish rescue services, who took the survivors to Almería; a fourth ship was rescued by the Moroccan Navy.

The IOM also reported that 34,226 migrants and refugees entered Europe by sea as of July 17 this year, approximately 34% less than the 51,782 that arrived during the same period last year.