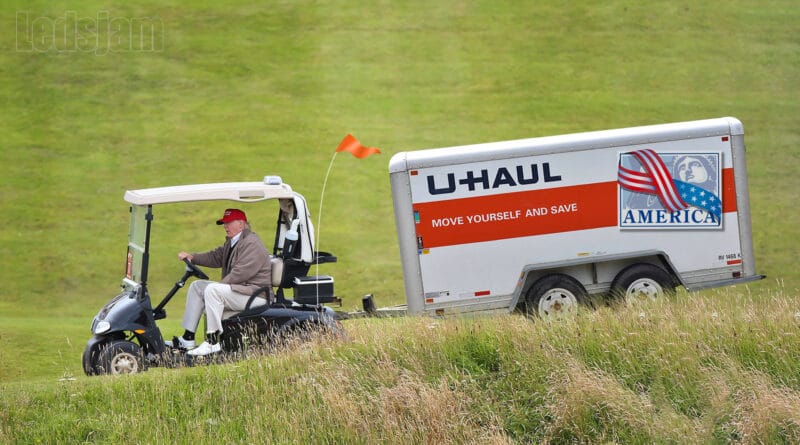 Twenty days after his electoral defeat, Trump empowers the General Services Administration to initiate the handover of power to Biden.

Through his Twitter account, the outgoing US president, Republican Donald Trump, still without acknowledging his defeat in the November 3 elections, has given the green light to the General Services Administration (GSA) to “do what it takes.”

“Our case STRONGLY continues, we will keep up the good fight, and I believe we will prevail! Nevertheless, in the best interest of our country, I am recommending that (GSA chief) Emily (Murphy) and her team do what needs to be done with regard to initial protocols, and have told my team to do the same,” Trump wrote this Monday.

The announcement came shortly after Murphy notified Biden’s team, in a letter sent on Monday, of her willingness to begin the formal process of transitioning to the “apparent winner” of the election.

I want to thank Emily Murphy at GSA for her steadfast dedication and loyalty to our Country. She has been harassed, threatened, and abused – and I do not want to see this happen to her, her family, or employees of GSA. Our case STRONGLY continues, we will keep up the good…

“I take this role seriously and, due to recent events related to legal challenges and certification of electoral results, I transmit this letter today so that you have those resources and services,” said Murphy.

The Democratic candidate has welcomed the agency’s decision and described it as a step toward a “quiet and peaceful transfer of power,” since different experts and politicians had expressed their concern about a chaotic transition of power, or the outbreak of more violence that could result in a civil war.

Also on Monday, the state of Michigan certified Biden’s victory in the elections, limiting the options for the Republican president in his campaign to challenge the results of the presidential elections.

RELATED CONTENT: The Ever-Worsening Neoliberal Nightmare That we can Only Escape Through Revolution

A special commission in Michigan decided, by three votes in favor against one abstention, that Biden be certified as the winner of the elections, in which he won by about 156,000 votes to Trump, in a state where there were 5.5 million votes.

In recent days, pressure had been redoubled on GSA, which has the responsibility to formally recognize the results of the US elections, to facilitate the change of government.

Legislators, various congressional committees, former Republican officials, national security experts and former senior officials from both parties, among other figures, had warned the GSA of the consequences of its delay in recognizing the result.

This while the General Services Administration affirmed until a few hours ago that it still could not allow the transition process, and would have to wait until Monday, November 30, for the Deputy Administrator, Allison Brigati, to address the issue with legislators in a thirty-minute briefing.