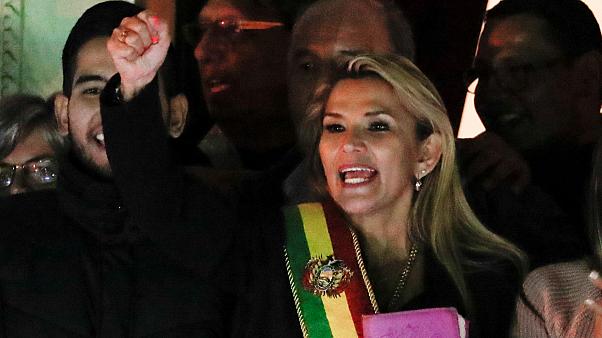 A representative of social organizations in the department of Beni, in northern Bolivia, announced that they prevented Áñez from boarding a plane at the Jorge Henrich Arauz airport in the city of Trinidad, when she was trying to go to a border city and then go to Brazil, an act that they considered was the flight of the ex-ruler.

“We cornered her when she was escaping to Brazil. We arrested her and she is locked up in an apartment, and now she must respond to the massacres in Senkata and Sacaba,” said the spokesman, who is not identified in the video circulating on social networks.

Last week, former Minister of Government Arturo Murillo fled the country and arrived in Panama, while former Defense Minister Fernando López is in Brazil. In this regard, three officials of the Bolivian Migration Directorate were arrested for allowing fugitives to escape.

In October the Plurinational Legislative Assembly of Bolivia recommended that the Public Ministry (Prosecutor’s Office) initiate a trial against Añez for the massacres in Sacaba, Cochabamba, and Senkata, El Alto, which occurred in November 2019. In the document, she was accused of the alleged commission of the crimes of genocide, torture, forced disappearances, and others.

The Armed Forces and the Police played key roles in the coup of November 10, 2019 that forced former President Evo Morales to leave office. On several occasions after the coup, the indigenous leader has denounced the Bolivian military high command for decorating “coup leaders” who massacred the population.

In this new stage that Bolivia is experiencing following the inauguration of President Luis Arce of the MAS party the authorities, himself included, have promised to investigate the various crimes committed during the year that Áñez was in charge of the government.