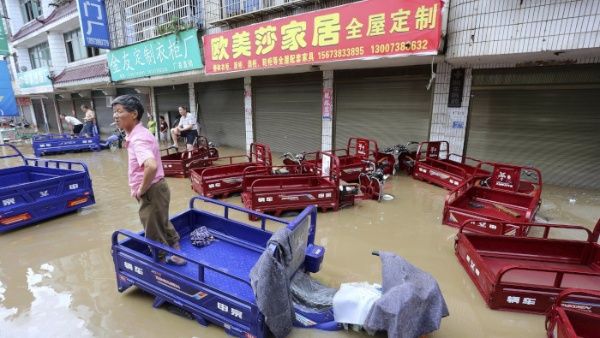 Heavy rains have caused damage to the economy estimated at close to 100 million dollars.

The heavy rains registered since last Tuesday in the province of Jiangxi, in the east of China, generated floods that caused around 45 thousand people to evacuate from their houses, besides causing serious damage to agriculture.

Local authorities indicated that the downpours, which have been accompanied by strong winds and thunderstorms, caused flooding in 23 counties and districts, although no casualties or injuries were reported.

Jiangxi emergency management office said that 58 houses were destroyed by the increase in water levels, while 88 sustained serious damage.

FL-20190608-68245-CHN – Flood – China – Asia https://t.co/b0GSu5fOd6 – About 45,000 people have been evacuated in the southeastern Chinese province of Jiangxi due to ongoing torrential rainfalls and ensuing floods, the local agency in charge of emergency situations said. In som…

A total of 37,200 hectares of crops were damaged by the floods, and of these two thousand 200 hectares were destroyed (1 hectare is about 100 acres).

The authorities, in a first estimate, said that this phenomenon has caused economic losses in the order of 670 million yuan (about 97 million dollars).

Meteorologists indicated that the rain will continue until next Tuesday.