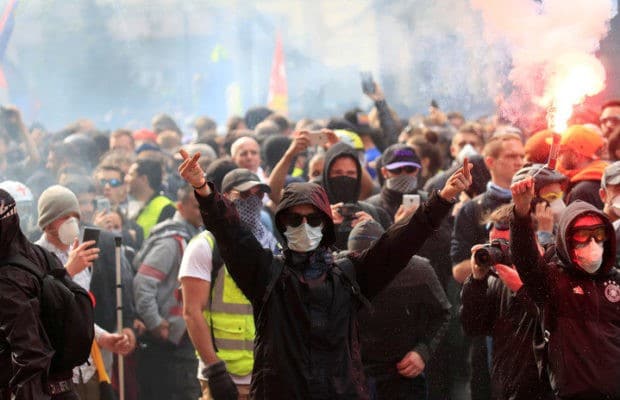 The ‘yellow vests’ are back on the streets of France this weekend in their 30th consecutive round of demonstrations against the policies and economic reforms of French President Emmanuel Macron.

This Saturday marches have been scheduled both in Paris and in the cities of Marseille, Lille, Montpellier, Rouen, Lyon and Toulouse, at a time when the movement, however, is losing strength.

In detail, the French Ministry of the Interior had estimated that some 9,500 people marched at the national level on June 1, the lowest participation rate since the start of the protests, which have reached about 300,000 protesters.

The protests continue despite the proposals of the Gallic Government to address the concerns of the ‘yellow vests’. In April, Macron had offered them tax cuts but asked in return for certain commitments, including longer working hours.

In the opinion of journalist Guillermo Saavedra, “the ‘yellow vests’ decided to enter politics” and fight for power in France to be decentralized.