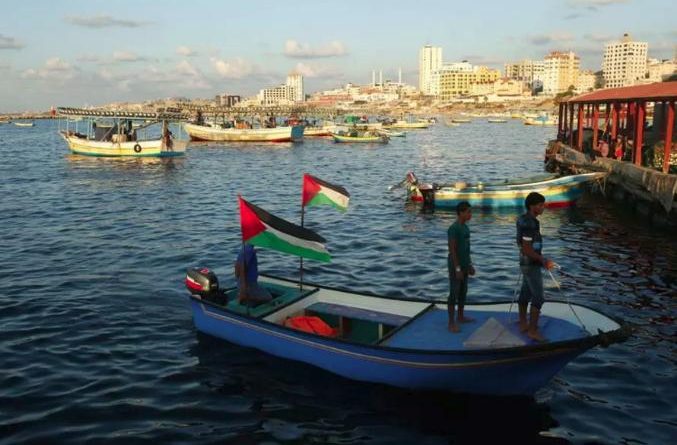 As Qatar delivered $20 million in cash to aid impoverished families in Gaza on Sunday, a shortage of essential medicines threatens the lives of patients in the occupied territory.

Gaza’s health ministry has less than a month’s supply of more than half of the medicines in its stocks, spokesperson Ashraf al-Qedra stated on Sunday.

The depleted stocks include therapeutic milk for infants, as well as medicines for patients with cancer, kidney failure, diabetes and hypertension.

Some 8,000 cancer patients are affected, according to the health ministry, as well as nearly 1,200 patients who receive dialysis – among them 39 children.

The Palestinian Center for Human Rights called on the Palestinian Authority in the West Bank “to shoulder its responsibilities and urgently intervene to ensure the supply of medicines and medical disposables” to Gaza health facilities.

The medicine crisis is just the latest setback for Gaza’s long-suffering healthcare system, which the United Nations warned earlier this year was on the “brink of collapse.”

Thousands of elective surgeries at Gaza hospitals were postponed over the past year as Israel used massive amounts of live ammunition and other weapons against protesters in the territory, killing 200 and injuring 28,000 more.

Chronic electricity shortages in Gaza, which has been under Israeli-enforced land, sea and air blockade for 12 years, has come close to seeing hospitals shut down altogether.

Israeli restrictions on the entry of medical supplies and equipment into Gaza has left hospitals “severely hindered in providing care,” according to Al Mezan, a human rights group in the territory.

The siege has all but destroyed Gaza’s economy, causing unemployment and poverty to skyrocket.

Fishers denied access to sea
Gaza’s coastal waters have been closed by Israel for five consecutive days, the group Gisha, which monitors Israel’s siege on Gaza, stated on Monday.

“The full maritime closure, imposed arbitrarily and repeatedly by Israel since March this year, causes severe damage to the livelihoods of fishermen and to Gaza’s economy,” the rights group added. “It must end now.”

Today was the 5th consecutive day of a full maritime closure in Gaza’s territorial waters. The full maritime closure, imposed arbitrarily & repeatedly by Israel since March this year, causes severe damage to the livelihoods of fishermen and to Gaza’s economy. It must end now. pic.twitter.com/1xMiBqIUP0

COGAT, the bureaucratic arm of Israel’s military occupation, stated on Wednesday that the measure was “due to the launching of incendiary balloons and kites” from Gaza towards Israel.

That same day a spokesperson for Israeli Prime Minister Benjamin Netanyahu tweeted a photo of Egyptian soccer star Mohamed Salah holding a large fish. The tweet admonishes Palestinians in Gaza for letting “terrorists” deprive them of sustenance “because burning the fields means reducing the fishing distance”:

The closure “is the third time this year that Israel has outright denied fishermen’s access to the sea,” Adalah, a Palestinian human rights group, and Gisha said last week.

Israel’s sanctions “in response to actions over which fishermen in Gaza have no control constitute illegal collective punishment, and must end immediately,” the groups added.

Under the Oslo accords signed by Israel and the Palestine Liberation Organization more than 25 years ago, Palestinian fishers are permitted access up to 20 nautical miles out from Gaza’s coast.

Israel has never allowed Palestinians access beyond 15 nautical miles, however, and that expanded limit was only introduced for part of Gaza’s coast on 1 April this year.

Fish caught off Gaza’s coastal waters are a major source of nutrition for Palestinians in the territory, though one that fewer and fewer can afford.

That deterioration has been caused by 12 years of blockade, and Israel’s severing of Gaza from the West Bank and the revocation of permits from Palestinian laborers working in Israel nearly 20 years ago.

In 1999, more than 15 percent of all employed Palestinians in Gaza worked in Israel. Two years later, according to B’Tselem, that number was less than two percent.

Unemployment jumped to more than 40 percent in 2008, after Israel imposed its blockade on Gaza.

Last year, the unemployment rate in Gaza was 52 percent, “reaching as high as 69 percent in the under-26 age bracket, and 78 percent among university-educated young adults,” according to B’Tselem.

The isolation of Gaza has brought about its “economic collapse and trapped its residents in a small, closed job market, with no prospects of development and no future,” B’Tselem added.

“Israel could change this stifling reality right now. Instead, it chooses to force Gaza residents to live in a state of poverty, stagnation and hopelessness.”