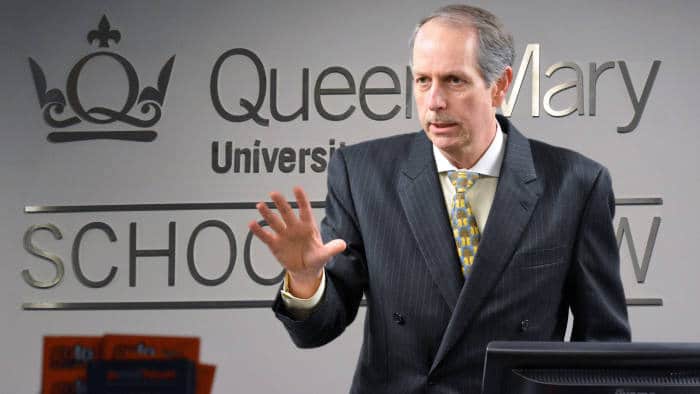 Juan Guiadó announced on Monday that he had authorized the hiring of expert Lee Buchheit, to advise on the “restructuring and refinancing” of Venezuela’s external public debt. The announcement occurred outside Venezuelan legality, since Guaidó does not have executive control of the Venezuelan institutions, while trying to usurp functions that do not correspond to him.

THE DISCRETIONARY USE OF RESOURCES WITHHELD FROM THE NATION
A couple of weeks ago the parliament of Venezuela in contempt and nullity of their actions, “approved” that the artificial government of Juan Guaidó’s use of frozen national resources, by order of the US Department of the Treasury, to meet the payment of interest on the PDVSA 2020 bond for the benefit of its creditors, many of them located on US soil.

The hiring of Lee Buchheit, a well-known debt renegotiator, goes hand in hand with the intention of continuing the process of the use and discretionary employment of financial resources illegally confiscated from Venezuela.

After constant references that legitimized the freezing of Venezuelan assets supposedly to safeguard them and destine them fot a good use for the benefit of the population and to “overcome the humanitarian crisis”, the parallel government has now preferred to orient them in favor of bondholders and creditors.

RELATED CONTENT: US-backed Opposition Leader Admits Venezuela “is Not a Dictatorship” and Only Foreign Intervention can Topple Maduro

For this, they program a process of “restructuring and refinancing” the Venezuelan debt, with no more support than the assets frozen to the nation abroad, ranging from financial resources of almost 6 billion dollars, in addition to the Venezuelan company CITGO Petroleum Corporation, on US soil, with a value close to 8 billion dollars.

GUAIDÓ ASKS FOR HELP FROM AN ECONOMIC HIT MAN
In theory, Lee Buchheit has accepted the consultancy on an “ad honorem” basis and will provide his services under the auspices of the “International Advisory and Dispute Resolution Unit” (international advisory and dispute resolution unit). However, Buchheit’s record is one of the most extensive in the management of sovereign debt and his previous experience causes suspicion.

Buchheit was the negotiator of the largest sovereign debt (in relation to the country’s GDP) known in history, the Greek debt in 2012, for a net amount of more than 200 billion dollars. He was the architect of the de facto dissolution of the Greek State and the confiscation of its national policy against the Eurozone and the European Bank.

Through a severe adjustment with the creditors of the Greek debt, this being the zenith for the implementation of new packages of austerity and indebtedness between the Hellenic nation and the International Monetary Fund (IMF), draconian neoliberal policies were imposed that to this day continue deepening in that country.

This lawyer also had the exact role of acting as “devil’s advocate” just after the invasion of Iraq in 2003, to assume the renegotiation of its sovereign debt in the 2005-2008 period.

Iraq, besieged and blocked militarily and financially since 1990, was the subject of lawsuits for having fallen into default during the last years of Saddam Hussein’s government for more than 140 billion dollars. Buchheit provided his “good offices” to establish the new terms of indebtedness and payment in the destroyed and occupied nation, through agreements for the benefit of the creditors and at the expense of enormous hardships of the Iraqi population with debts that are in force to this day.

Buchheit then reappeared in Latin America, specifically in Argentina, just at the height of a new neoliberal government in the southern nation led by Mauricio Macri.

As is known, the Macri government put paid to the policies of debt management that had been undertaken in the governments of Néstor Kirchner and Cristina Fernández. Macri brought back the vulture funds and began a process of renegotiation of the debt, marked by controversy and the return to conditions of benefit to risk capital (vulture capital), at the expense of new damage to the population of Argentina with new adjustment measures.

In the year 2016, Lee Buchheit advised the efforts of the finance secretary, Luis Caputo, to support the restructuring and refinancing of the Argentine debt, an issue that evolved as an indispensable factor in a new economic disruption and its placement, once again on its knees, before the IMF, through a new indebtedness acquired in 2018 by the Macri government.

WAR AGAINST SOVEREIGNTY
One of the most significant elements implied by the call to Lee Buchheit by Juan Guaidó, is the fact that on the part of the “Guaidó Administration” there is no real exercise of power that supports or legitimizes the conduct of the Venezuelan debt with its foreign creditors.

There is no de jure or de facto government exercised by Juan Guaidó. This restructuring of the Venezuelan debt takes on the meaning of shaping the artificial government of Guaidó and that is its underlying political purpose.

Notwithstanding occurring outside Venezuela, this process has other clear purposes, which will exclusively benefit the creditors of the Venezuelan debt through the eventual payment of interest and capital, with frozen money from the nation and that had been placed in financial agencies with the purpose to acquire food and medicine for the Venezuelan State.

The decision of Guaidó to assume actions of “head of state”, but outside of Venezuela, produces a deep collusion in the Venezuelan institutions. According to the Venezuelan Constitution, neither the “interim presidency” of Guaidó, in case it really existed, is empowered to handle the external debt, nor is the Venezuelan parliament, an instance that in theory legitimizes the “good management” of Lee Buchheit.

On the other hand, if these acts are consummated, the eventual breach of Venezuelan sovereignty would occur, camouflaging by this a potential de facto confiscation of Venezuelan assets abroad, by arranging them for the payment of the national debt to the creditors. Without discarding in addition, the “refinancing” of the Venezuelan debt, through spurious mechanisms for the country, such as would take place if the “government” of Guaidó presumes to negotiate with the IMF, with which, in effect, talks have already taken place.

In 2018, the Minister of Finance of Colombia, Mauricio Cárdenas, declared he was making arrangements for an IMF rescue of Venezuela for 60 billion dollars. In January of this year the Reuters news agency reported that Juan Guaidó’s team in the US would be managing a loan to the IMF to “finance its interim government.”

Guaidó’s actions also undermine the sovereign policy of President Nicolás Maduro’s government, established in 2017, to renegotiate and restructure the Venezuelan debt, once new conditions were imposed through the sanctions issued by the White House through the Executive Order. August of that year, in which Venezuela was vetoed from the international bond and debt market.

Washington’s actions in August 2017 drove Venezuela out of the international financial system and disabled the country from issuing debt for purposes of refinancing the debt acquired in previous years, as well as using foreign banks.

Such circumstances imposed on the Venezuelan government the obligation to establish a selective default on certain bonds, to the detriment of creditors and to contain the detriment against the Venezuelan population, which has suffered in the last two years the most severe scourges of the orchestrated economic siege by the Trump Administration.

The efforts of Guaidó in that sense, then, go in the opposite direction to that of Maduro, creating an unprecedented precedent in the disposition and use of Venezuelan resources through the assembly of a parallel government, which will use the money for medicines and food, frozen by Washington, to pay benefits to foreign funds and holders.