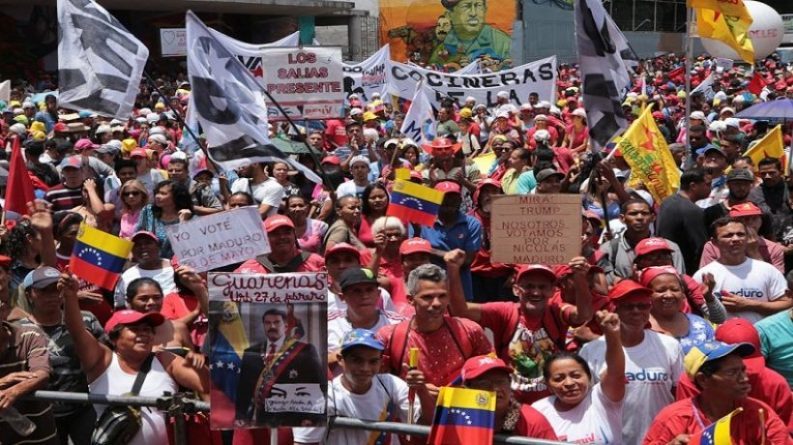 “We are going to early elections of the National Assembly to see who has the votes, to see who wins,” President Nicolás Maduro Moros proposed Monday, May 20, at a Caracas Chavista rally.

The head of state recalled that the only institution that has not yet been re-elected is the National Assembly (AN), which has been in contempt since the Venezuelan opposition took the reins of the parliament.

On the outskirts of the Miraflores Palace, he challenged the various anti-Chavista factions to respond to the proposal, while thanking the thousands of Venezuelans who, in a massive march from Plaza Morelos, arrived at the government house to celebrate the first anniversary of the early presidential elections that allowed his second term on May 20, 2018.

“Respect the sovereign will of a people, why do not they respond when I make this proposal, why do they play dumb?” President Maduro publicly stated.

These elections are framed in a belligerent context, in which extremist groups such as Voluntad Popular and Primero Justicia use the financial blockade, the threats of military invasion and the “parallel government” of Juan Guaidó, which was not elected by the popular vote, to destabilize Venezuela.

Maduro’s proposal would seek to measure the correlation of electoral forces to try to stir up the political crisis that the Venezuelan opposition supported from the National Assembly itself.

On Tuesday the 22nd the self-proclaimed Guaido, in a public event responded to Maduro’s proposal saying that there is no need for parliamentary elections and that this is a “new farce” from Maduro’s administration. “This will worsen the Venezuelan crisis” he said, and therefore he is not willing to persue the proposal.