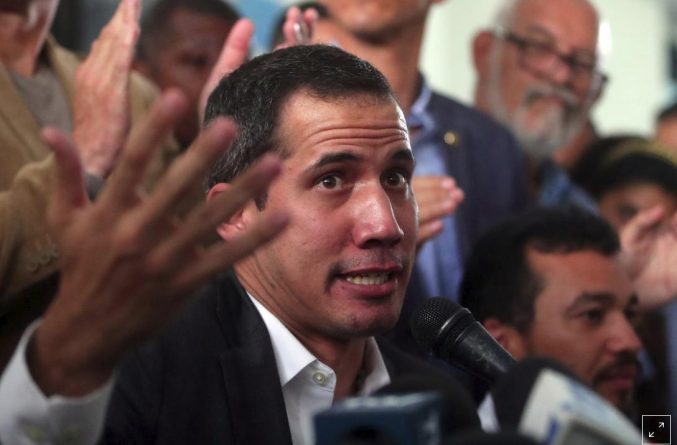 After Vice President Delcy Rodríguez clarified this Wednesday, July 31, the details about the theft of assets of the Venezuelan company Citgo by Canadian miner Crystallex International, Deputy Juan Guaidó hastened to point out that he did not cause such an illegal action.

Through a statement circulating through social networks, Guaidó said that what was discussed was that the Canadian industry would recover 400 billion dollars that, supposedly, the nation owed due to several expropriations that were made during the management of Commander Hugo Chavez.

Likewise, he expressed that now, thanks to his management as the supposed president in charge, the country has “new tools and possibilities to defend the heritage of the Republic.”

Guaido “appointed” as (interim) Attorney General Jose Ignacio Hernandez and he participated, representing Venezuela, in this recent catastrophic decision and he did not disclose that he had worked as an expert for the same Crystallex company years ago in another case against PDVSA, in a clear and evident conflict of interests that now is costing the Venezuelan people 12-17 billion dollars.

It should be remembered that hours before the vice president, Delcy Rodríguez, clarified that “Crystallex never had mining rights, never had legitimate title or property in the Las Cristinas mine, one of the largest gold mines in our continent”.

She also said that this case is a compromise organized by the leadership of the Popular Will party, to which Juan Guaidó belongs, to appropriate the country’s resources.