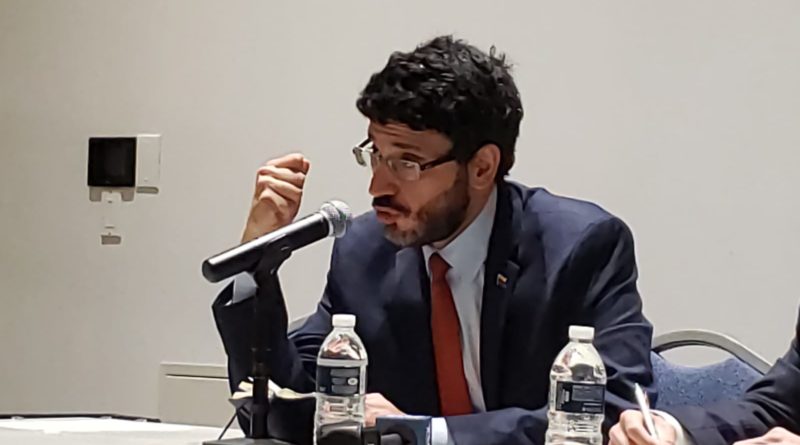 The Venezuelan Public Ministry informed, through a statement published on its social networks, of the initiation of a criminal investigation against José Ignacio Hernández, the person designated by Juan Guaidó as the alleged Venezuelan “Attorney General”, who would have participated illegally in the trial in which a US court authorized the Canadian company Crystallex to seize the assets of the company Citgo, a subsidiary of PDVSA in the United States.

The communique states that “the citizen José Ignacio Hernández participated in fraudulent representation of the Venezuelan State in the process followed in the Court of Appeals of the Third Circuit of the United States, in Philadelphia, which finally decided to reject an appeal from the state company Petróleos de Venezuela SA (PDVSA) against the ruling issued in August 2018 by the United States District Court of Delaware, which would allow the Canadian company Crystallex International Corporation to seize assets of the company Citgo, a subsidiary of PDVSA based in the United States”.

The statement indicates that Hernández “was hired in the past by the company Crystallex International Corporation as an expert, with the purpose of using his legal arguments against the allegations presented by PDVSA, which constitutes a betrayal of all his fellow citizens. With this anti-Venezuelan background, the pretence was to designate him to defend the interests of the country by means of an illegal and unconstitutional proceding”.

It denotes that his subsequent participation as an alleged attorney, “in addition to lacking legality” for not representing Venezuela or PDVSA, also implies a “conflict of interest that violates all legal ethics” and would have served to strengthen Crystallex’s position in the trial.

This Wednesday, the vice president of Venezuela, Delcy Rodríguez, at a press conference, repudiated the decision of an appeals court in Philadelphia, United States, to allow the seizure of Citgo assets by the Canadian company Crystallex. She noted that it is “a transnational organized crime operation” to steal the resources of Venezuela, and called it “a great worldwide scam. And Venezuela, the Venezuelan State, will continue to exercise competing actions in all international venues”, including the United Nations.

Below is the statement (in Spanish):