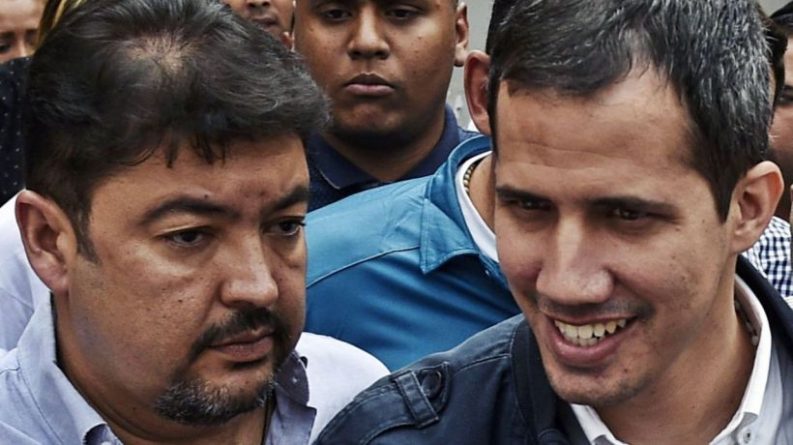 This Thursday afternoon, March 21, Minister Néstor Reverol announced the reasons why Roberto Marrero (Self-proclaimed’s chief of staff) was arrested and his house searched: this is in relation to the involvement of the operator close to Juan Guaidó in the structuring and financing of criminal groups whose objectives would have been the selective assassination of chavista officials and leaders.

At a press conference, Reverol said that Marrero was seized with weapons of war and money (hard currency) in cash, at the same time the intelligence and security services of the State dismantled a terrorist cell that planned to make a series of selective attacks and in this plot the opposition would have hired Colombian and Central American mercenaries.

Likewise, Luis Páez Salazar, who serves as Marrero’s escort, was also arrested. The state actions were made in conjunction with the Public Ministry and all due process steps were followed.

When Marrero was apprehended, the local and international antichavismo vented the height of its frustration in accusations of kidnapping and violation of parliamentary immunity, however, the former mayor of Baruta is not a deputy since the CNE in 2015 did not admit his registration to replace Carlos Vecchio on the Monagas list, so he did not legally obtain the benefits of the parliamentarian immunity.