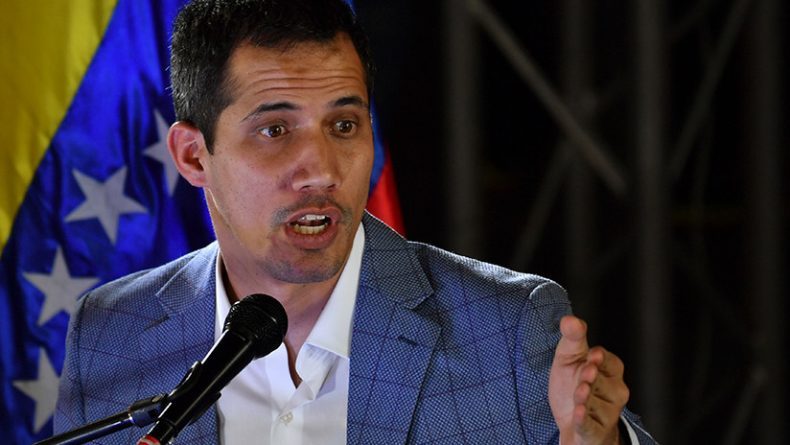 Orlando Avendaño, editor in chief of PanamPost en Español, which has always been characterized by a virulent editorial line against the Venezuelan government, published a controversial article on Friday, June 14, revealing an immense corruption scandal involving Rossana Barrera and Kevin Rojas, emissaries of Juan Guaidó in Colombia and activists of Voluntad Popular, who allegedly diverted money, misappropriated funds, fraud and threats in the handling of money destined for “humanitarian aid” and the lodging of Venezuelan military deserters. He denounces how they surrounded themselves with luxuries, and that even the food donated by dozens of countries ended up rotting.

In the article, entitled “Guaido’s emissaries appropriated funds for humanitarian aid in Colombia,” Avendaño shares photos of invoices and expresses his frustration at the serious corruption and the silence of Guaidó, Leopoldo López and his press chief, in tacit reference to Alberto Federico Ravell.

Avendaño also shows his disappointment for the Venezuelan military who deserted to Cúcuta and were presented as “heroes” who rebelled against Maduro. “The decent military men who are there you can count on your fingers,” he says, quoting a Cúcuta source. He also points out that not all “fled” from Venezuela, but many had emigrated to Peru or Ecuador months or years ago, and that some were even “civilians with forged documents”.

All were promised a stay in hotels, stripends for them and their family; medicine, food, hospital, “whatever they need”, with the promise that they would be comfortable, they would have privileges and they would be honored. They became, supposedly, 1,450 military who were staying in seven hotels, but who “made a very bad impression in Cúcuta: prostitutes, alcohol and violence. They demanded and demanded more and more”.

The journalist reveals: “They gave me all the evidence. Invoices that show excesses and, several, very strange, of different registers, signed the same day and with identical writing styles. Almost all without a stamp. Expenses of more than 3 million pesos in Colombian hotels and nightclubs, per night. About a thousand dollars in drinks and meals. Clothing expenses in very expensive stores in Bogotá and in Cúcuta. Vehicle rental reports and hotel payments at surcharge. Silver flowing. A lot of money”. Colombian intelligence was the first to detect the anomaly, says the journalist.

“Barrera, designated by Guaidó, began to develop a whole network to misuse funds related to humanitarian aid and the maintenance of the military in Cúcuta. As confirmed by three different sources, Barrera reported to Caracas the payment of the seven hotels in which the uniformed and their families were staying. Caracas disbursed the funds; nevertheless, to Venezuela, he emphasized, only two hotels corresponded”.

Clarifies the author of the text that, according to Colombian intelligence, Barrera and Rojas had inflated the number of deserters. There were 700 and they were not 1,450, as they came to report.

It also reports how the two emissaries tried to give “charitable” dinners to raise funds, supposedly hidden from the person that Guaidó illegally designated as his supposed “ambassador” in Colombia, Humberto Calderón Berti. They used a fake email to impersonate him. The dinner had to be canceled because the “ambassador” found out about it and said he had not authorized it. It would be held in the luxurious restaurant Pajares Salina, located in the exclusive Chicó Norte neighborhood in Bogotá.

Avendaño insists that the scandal was an open secret, and that the corruption was so well known, that Barrera and Rojas were removed from their posts because of the annoyance that existed in the Colombian government. Guaidó and Leopoldo López were aware, according to Avendaño, who clarifies that he contacted them but they did not offer an answer. “Caracas defended both of them (Barrera and Rojas). There were threats and attempts were made to divert responsibility towards the Calderón Berti embassy,” the journalist said.

On the reaction of the government of Colombia, Avendaño wrote:

“The Government of Colombia is upset. Very annoyed. This, together with the fact that it was never notified of the Scandinavian dialogues and the mistakes made on February 23, this has led them to wonder what is the concept that Venezuelans have for an ‘ally ‘.”

The report indicates that Rossana Barrera had to go to the embassy on May 27, supported by deputy Luis Florido. “The folder that she delivered was small. Very few pages for all the scandalous information handled by Colombian intelligence,” explained PanamPost. “In the end, Barrera was able to provide a rather rough support of US $ 100,000 that she had spent during her stay in Cúcuta. Several amounts that she turned in did not correspond to reality. The figure is formidable but, as the intelligence member told me, it falls short”.

“The food is rotten”
The article ends with the complaint that “at least 60% of all food donated by allies of the Government of Juan Guaidó was damaged. They showed me pictures without sharing with me. The food is rotten, he tells me”. Rojas y Barrera, along with other emissaries from Guaidó, such as Miguel Sabal, were also responsible for handling tons of humanitarian aid that arrived in Cúcuta, from several countries.

“Everything President Piñera sent is no longer useful. It is there. They do not know what to do with it so that a scandal is not created. They will burn it, I imagine”.

Reactions
The revelations generated immediate reactions from Luis Almagro, Secretary General of the Organization of American States (OAS), who barely 28 minutes after the article was published, said in the Twitter network: “We request competent jurisdiction to clarify serious charges filed here, determine responsibilities and demand accountability. There is no possible democratization under the opacity of acts of corruption”. Guaidó himself also responded on Twitter, noting that the delegation in Colombia “has handled the military situation in that country with austerity and economic limitations.” He asked Calderón Berti “to formally ask Colombian intelligence agencies for the necessary investigation. Transparency before everything!”. To which Calderón Berti replied : “We are working on the final phase of auditing this regrettable and embarrassing case. Our commitment to the country is to get to the bottom of the matter.”

The Venezuelan vice president of communication, Jorge Rodríguez, also referred to the article and responded : “On March 23 we denounced the gigantic corruption plot of Guaidó with money sent to Cúcuta to recruit assassins. They appear (in Marrero’s cell phone) a relation of #GuaidóLadrón with ‘Rosana de Cúcuta’ and the accounts where Rosana (Barrera) deposits hundreds of thousands of dollars”.

Some of the evidence published by PanamPost: