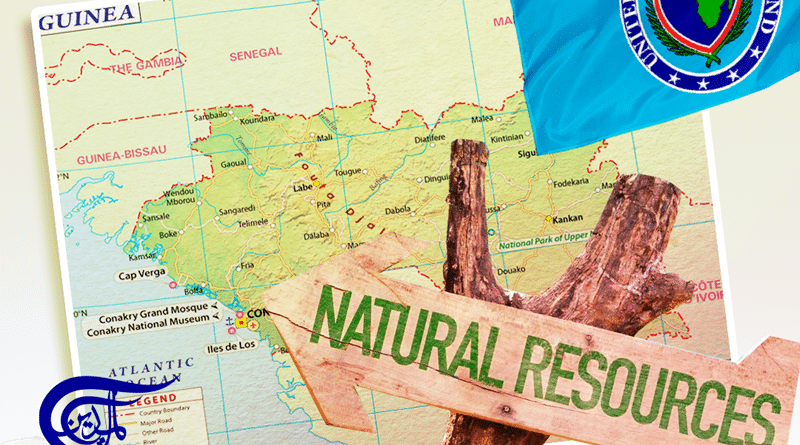 In the last 13 years, all the military coup leaders in Africa have been trained and instructed by AFRICOM. And this has very little to do with constitutional order or democracy.

The Republic of Guinea, French Guinea, or Guinea Conakry (to distinguish it from Guinea Bissau, a former Portuguese colony, and Equatorial Guinea, a former Spanish colony) is proud to be the first sub-Saharan African country to gain independence from France, in 1958. The father of the nation, Ahmed Sékou Touré, organized a referendum in response to General de Gaulle’s proposal to integrate all his colonies into a Community, which would be French. The Guineans opted for freedom and independence from France at the polls and paid a heavy price for it. When the French left Guinea, they destroyed everything, even poisoned the drinking water sources, killed the cattle, and burnt the grain in the granaries, the medicines, the buildings, everything. The independent government of Sékou Touré found it really difficult to take over the reins of this devastated and embargoed country, but it had the full support of a people who saw themselves as proudly free. Touré is still today a reference in the country and in the whole of Africa, one of the heroes of the hard and bloody struggle for freedom. More than 60 years later, the colonization they had to fight against was the mental one.

Sékou Touré led Guinea until his death on 26 March 1984. A few months later, without elections, a French-friendly military officer, Lansana Conté, staged a coup d’état and ruled until his death in 2008. The two presidents remained in power for a quarter of a century, treading the red carpets of the “exemplary” Western democracies unmolested. Touré, the liberator, is dubbed a “dictator” in the history books written by the West, but Conté, not even that, is treated as a statesman without disqualification.

In the late 1990s, the US moved from being a partner of the European powers to taking control of the strategic resources of the African continent. In 1993, President Clinton’s Assistant Secretary of State for African Affairs, Georges Moose, told the US Senate, ‘we must secure our access to Africa’s immense natural resources […] we must no longer leave Africa to the Europeans. […] it contains 78% of the known reserves of chromium, 89% of platinum, and 59% of cobalt.

France, whose destabilizing role throughout West Africa is undeniable; whose central bank maintains opaque accounting for the colonial CFA franc currency of 14 African countries rich in raw materials, France is now a partner of the United States in any military enterprise undertaken on the continent. For now, not even France would take the initiative to intervene in any country of so-called “Françafrique” without the permission of the US.

RELATED CONTENT: Coup D’etat in Guinea as Military Takes Over

In the past, coup delegates from the West went to military training schools in the United States, like Paul Kagame, who received training at Fort Leavenworth, Kansas, before carrying out the bloodiest assault on power in history. But that has been changing. In 2005, the US launched its Flintlock operations plan to provide ‘security’ training to African militaries, a project that is still ongoing, and especially since the formation of the US Africa Command, AFRICOM, in 2007, which has seen the US military expand across the continent, with the exception of Eritrea, providing ‘training’, along with Israeli security companies, to all armies.

The leaders of these so-called sovereign countries serve the interests of large foreign corporations; accept their policies, contracts, guidelines, and military instructions. The people may find this subjugation of their rulers humiliating, but if they did not submit, they would not be alive, as the assassinations of leaders such as Lumumba, Sankara, or Gaddafi have shown.

When these African leaders possess national armies equipped, financed, and trained by the ex-colonies, the US and “Israel”, they will dare to believe that they can freely negotiate their natural resources with the competition of their Western patrons, simply replaced. And this is the case of Alpha Condé, President of Guinea, who was deposed on 5 September 2021.

Then came China
China which needs raw materials because of its huge economic expansion has shown that it can be accessed through peer-to-peer negotiation and diplomacy; without any brutalization, plunder, humiliation, and murder to which Africans have been accustomed. African leaders have become increasingly attracted to this new way of dealing. By the way, Sékou Touré was the first African leader to visit China, in 1960. Not only that, when Western companies found that their profits were not high enough from the exploitation of African minerals, China bought them outright; as it happened with US-Australian Rio Tinto in 2016, from which China’s public-private company Chinalco bought bauxite (the main component of aluminum) mining in Guinea which has the second-largest bauxite reserves in the world, second only to Australia.

In 2017, China and Guinea concluded a deal in which China undertook a $20 billion development program in exchange for jointly operating its mines with the Guinean state. To date, China has made it possible for several regions and a large part of the capital Conakry to have electricity and drinking water.

Meanwhile, the signatory of this agreement, Alpha Condé, surely corrupt and more interested in his personal coffers than in those of Guinea, like many others before him, modified the country’s constitution by eliminating the two-term limit on power and ran for a third term. Irregularities or not, he won the election with 60% of the vote, against 33.5% for his main opponent, the liberal Cellou Dalein Diallo.

This “obsession” with modifying the constitution (which is a replica of the constitutions of his former colonies, more adapted to France or Great Britain than to their national idiosyncrasies, but that is another story) in order to perpetuate in power is very difficult to analyze, attending to the Western media, as some leaders are demonized for it, such as Condé, and others are praised, such as Alassane Ouattara in neighboring Côte d’Ivoire, who has done exactly the same thing at exactly the same time. As French analyst Leslie Varenne points out, Macron congratulated Ouattara with a kind letter when he was elected, while he brandished threats against Condé for the same action.

And then came AFRICOM
In the last 13 years, all the military coup leaders in Africa have been trained and instructed by AFRICOM. And this has very little to do with constitutional order or democracy.

In the international sphere, the correct thing to do is to condemn all coups. Some do so with cynicism, such as AFRICOM General Carter Ham, who, when asked about a coup by one of his boys, lamented that there was too much focus on tactical and technical training, and “we should probably spend more time on training in values, ethics and the military ethos”. And others with sincere irritation, such as China over the coup in Guinea, which has been surprising because it never meddles in other countries’ internal affairs, but this time it has declared that it hopes “all parties can remain calm and exercise restraint and, in the fundamental interests of their country and people, resolve the issue through dialogue and consultation, and maintain peace and stability in the country”.

On September 5, Colonel Mamady Doumbouya, a French citizen, married to a French woman, a former French legionnaire, with military training in France, “Israel”, Britain, and AFRICOM, who served in anti-terrorist operations in the Sahel and Afghanistan, led a group of soldiers who stormed the presidential palace and arrested the president. On public television, he calmly declared that they considered President Condé illegitimate, suspended the constitution, closed all borders, and seized power until democratic elections were organized. He did not forget to reassure foreign investors, as all coup leaders have done in recent years that their interests in the country would not be affected. But this is the key to the coup. Which kind of investors was Doumbouya referring to? Because, for the moment, the price of bauxite has skyrocketed and the main affected country is China, which is the main recipient of Guinean bauxite.

We already know that speech is not one of his gifts. We must look for the classic “renegotiation of mining contracts with China” among the measures he will announce, as the other AFRICOM boys have done. This is infallible proof that they are pawns on the chessboard of the new US-China cold war over natural resources on African soil.

Rosa Moro: Independent journalist; Founder of blog África en Mente; a member of the Madrid Committee of the Federation of Committees of Solidarity with Black Africa.