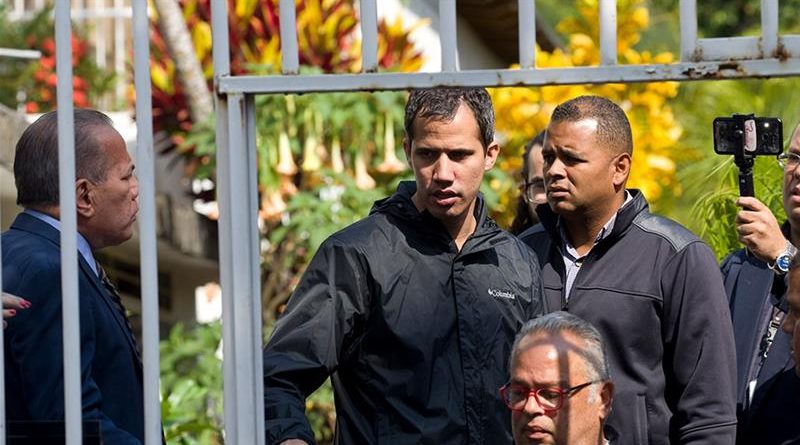 A car escorting Venezuela’s self-proclaimed president was ambushed by a group of displeased citizens, a short clip appears to show. Washington has rushed to blame Nicolas Maduro for the attack.

The 10-second video, published by a local television channel, shows a car belonging to Juan Guaido’s retinue sitting at a traffic light, when suddenly a man rushes the automobile and attempts to open the driver-side door. The door was locked, but there was more in store for Guaido’s convoy: a group of bystanders began to pelt the car with projectiles.

A cloud of smoke – perhaps from some sort of incendiary device – can be seen at the end of the video, as the car speeds away to avoid the mob.

Although the attackers have yet to be identified, US Secretary of State Mike Pompeo quickly released a statement pinning the blame on President Nicolas Maduro.