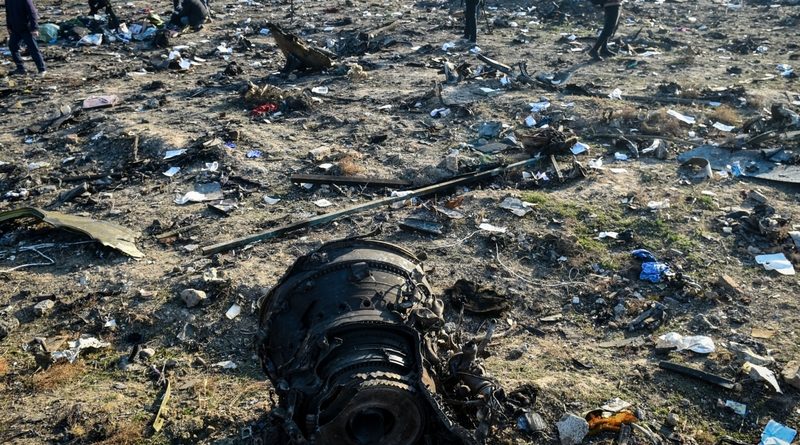 Iran should be commended for ceasing all disinformation activities aimed at covering up its role in the UIA-752 tragedy, but it didn’t do this just because it’s the right thing to do, but because it realized that its international reputation would continue to suffer if it hadn’t reversed its narrative course when it did and it also wanted to avoid the imposition of further sanctions against it for what happened.

Giving Credit Where It’s Due

Iran, to its credit, quickly came clean and admitted to its culpability in accidentally shooting down UIA-752 last week after vehemently insisting for the past few days that any such claims were nothing but a “big lie…(a) psychological operation…adding insult to the injury of the bereaved families”. Tehran didn’t do this just because it’s the right thing to do, but because it realized that its international reputation would continue to suffer if it hadn’t reversed its narrative course when it did. The author explained everything that went wrong with his previous analysis on the topic in his most recent article titled “Iran’s Shoot-Down Admission Is A Mea Culpa Moment For Alt-Media (Myself Included)”, where it was promised that a forthcoming analysis would soon be published about the reasons behind Iran’s about-face, ergo the purpose of the present piece. That aforementioned work, however, should be reviewed by the reader in order to obtain a better understanding of just how counterproductive Iran’s previous stance was to its soft power.

Everyone Is Politicizing The Tragedy

As it turned out, the US and its partners were actually correct in their original assessment that an Iranian missile mistakenly took down the aircraft, and President Rouhani should be commended for vowing that his country will seek to hold the culprit responsible, who it turns out was a senior IRGC commander. That goes a long way towards helping the victims’ families receive the closure that they desperately need after all sides politicized this tragedy. It wasn’t just the US that was politicizing it for the reasons that the author elaborated on in his earlier piece titled “UIA-752: Who Gains From Politicizing The Tragedy In Tehran?”, but Iran too, as is now known after it admitted what happened after trying so hard to literally bulldoze the truth with what would have been a massive but increasingly unconvincing cover-up. In fact, one can actually say that Iran is still politicizing the tragedy after Foreign Minister Zarif implied on Twitter that the US itself was actually to blame for what happened after its “adventurism” caused the “time of crisis” in which this tragedy transpired.

Think what one will about the ethics of Trump ordering Maj. Gen. Soleimani’s assassination, but the US nevertheless had the wisdom to prohibit its planes from flying over Iraq, Iran, and some of the nearby waters shortly after Tehran’s carefully choreographed missile strike against two American bases in the region. Iran, meanwhile, continued to let flights function as usual through its airspace, which indirectly contributed to the tragedy. In hindsight, it should have behaved more responsibly by shutting down its airspace or at the very least warning the public (and not just the US through indirect back channels) what form its envisaged revenge was going to take. Instead, it didn’t do any of that, possibly to give off the misleading optics that it “took the US by surprise”, which in turn would maximize the domestic effect of its symbolic response. That was an error of judgement as is now known but speaks to just how sensitive the situation is inside of the country that its leaders felt it necessary for Iran to fully “play its part” in last week’s “big show”.

The proverbial cat is out of the bag after it became impossible for Iran to continue with its initial policy of denying even an accidental hand in what happened, but Zarif’s innuendo that Trump was really responsible because he supposedly started it is a political evasion meant to give more fodder to his Democrat opponents during the US’ ongoing domestic-“deep state” crisis. It’s also intended to normatively defend the country from any further unilateral sanctions the US that could potentially impose against its international arms trade if America decides to intensify its politicization of this tragedy to interfere with Russian-Iranian military relations. Earlier reports claimed that it was a Russian missile that took down the airliner, which if true, could be exploited to impose sanctions on the sale of all such weapons to Iran under the threat of “secondary sanctions” against all those who defy them. Considering that Russia is already abiding by some of the US’ energy-related ones, it’s not unforeseeable that they’d do the same for their possible military counterpart after what happened.

Iran needs Russia more than the reverse when it comes to their military relations, so Moscow’s possible decision to tacitly abide by any forthcoming US sanctions on the sale of any missiles to the Islamic Republic could definitely hurt Tehran’s capabilities in the short- and medium-terms. It was therefore most likely calculated that the greatest risk to the country’s interests laid in continuing to deny the increasingly obvious, wagering that it’s better to own up to what happened, attempt to deflect the blame to Trump to incite the “orange man bad!” crowd across the world, and hope that no such sanctions would follow. If they do, then Iran can point to its decision to take responsibility to push forth its case that there isn’t any normative basis behind those unilateral arms restrictions and the “secondary sanctions” that would almost certainly be imposed against all violators. It’s risky, and there’s no way to know whether the US will “be merciful” (as if it ever embodied that principle in its foreign policy in the first place, let alone against rivals!), but such is the thinking.

In any case, the rest of the world now sees that Iran is indeed behaving responsibly by admitting what happened, with the previous cover-up attempts either being all but forgotten but dismissed as part of some vague “deep state” struggle of the sort that’s routinely speculated to be in effect in Tehran. Literally all relevant players are politicizing the tragedy to advance their own interests, which is their right to do as sovereign states regardless of the ethics involved, but there’s no denying that Iran finally did the right thing regardless of its motivations. It takes a lot of political courage to come clean and acknowledge that it accidentally shot down a civilian airliner, something that Ukraine has failed to do for over five and half years since it took down MH-17, as the author explained in his recent review of a relevant documentary titled “Latest MH17 Documentary By SBU Whistleblower Shares Some Shocking Truths”. Sanctions, and a possibly intensified period of “deep state” struggle within Iran, might soon follow, but at least the rest of the world finally has some closure.