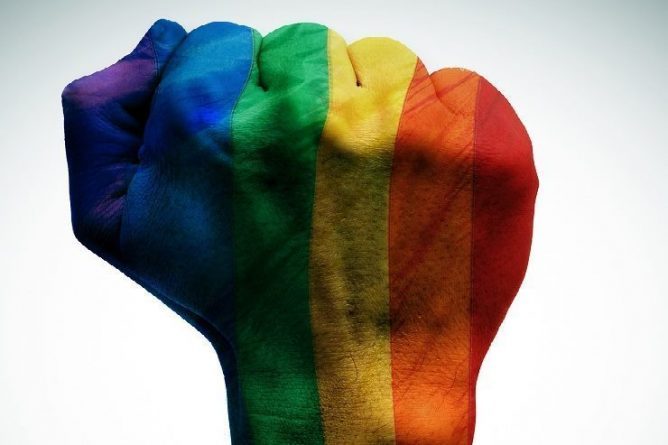 This June marks the 50th anniversary of the Stonewall Rebellion against police brutality and anti-LGBTQ2S oppression that was led by working-class, Black and Brown, trans and queer peoples.

The legacy of Stonewall is a fighting legacy that we must study and continue to develop. The corporate control of Pride events must be challenged. Police and military personnel do not belong at Pride and their presence creates an unsafe environment for oppressed peoples that are targeted the most by this system.

We have to honor and remember the veterans of the liberation struggle, especially those that are killed or imprisoned for their organizing efforts. Marielle Franco was a leader against government corruption and police brutality in Brazil. As Brazil was undergoing a right-wing turn under U.S. influence, she was assassinated for speaking out against the oppression that her people face. We have a duty to defend freedom fighters like Chelsea Manning, another activist leader, who is once again behind prison walls for exposing U.S. war crimes.

The history of the trans and queer liberation movement, as well as the liberation movement of women and oppressed genders, has been a legacy of anti-war organizing in the streets. The Vietnam War was raging at the time of the Stonewall Rebellion and Vietnamese resistance to U.S. occupation was one of its inspirations.

U.S. imperialism means death and destruction for oppressed nations throughout the world and this includes the LGBTQ2S peoples within these nations. We have a duty to reclaim these Pride events and bring a message of solidarity with the people of Venezuela, Cuba, Iran, the Democratic People’s Republic of Korea and all those who are defending themselves from U.S. coups, wars and sanctions.

Queer and trans peoples have nothing to gain by joining the U.S. armed services in a nation that has only recently allowed for them to have basic rights and protections. It’s important to note that these gains have only come as a result of militant struggle against their oppression in the streets.

For many LGBTQ2S people who join the military, it comes as a result of living in a society where they are constantly denied jobs, housing and education opportunities. The system does not care about the liberation of queer and trans people, but only about how they can be used as pawns in the quest to rob the resources and labor of oppressed nations throughout the world.

Black and Brown trans and queer people are being murdered at alarming rates here at home and abroad by the police and reactionaries that serve the interests of the ruling class. The U.S. government has imposed reactionary ways of thinking through colonial tools of domination and forced assimilation throughout the world. It has no right to position itself as a moral champion of human rights. The struggle for LGBTQ2S liberation is a struggle against racism, sexism and imperialism.

All of these tools of oppression are products of the capitalist system that exploits the workers and oppressed peoples. The struggle against fascism and imperialism is an international struggle. In the U.S., we have a responsibility as revolutionaries to oppose the U.S. government’s aggression against oppressed nations of the world.

Former Army Pvt. Chelsea Manning is a trans freedom fighter who heroically exposed the crimes of U.S. imperialism in Iraq and Afghanistan, working alongside Wikileaks. She served seven years in prison before being released after pressure was put on the Obama administration. Democrats and Republicans alike are part of this attack on whistleblowers and journalists who expose what U.S. foreign policy really means for the rest of the world.

Manning was recently sent back to jail after she refused to comply with two grand juries investigating Wikileaks founder Julian Assange. The “Justice” Department has just brought an 18-count indictment against Assange for his role in publishing vital information obtained from Manning and other whistleblowers in the interests of the people.

The capitalist state claims that Assange violated the Espionage Act, similarly to the way they used this act to attack many other anti-war voices, including socialists, communists and anarchists, throughout history. This is also part of the two ruling-class parties’ anti-Russia propaganda campaign.

RELATED CONTENT: Marielle Franco’s Image Takes Over Walls All Over Brazilian Cities And Beyond

It is important that we bring an anti-war platform to Pride demonstrations all across the U.S. to declare that we support Chelsea Manning and the work of Wikileaks.

In Brazil, a historic vote from the Supreme Court took place May 23 that provided protections for LGBTQ people against discrimination. This victory was the result of the people’s organizing efforts in the streets. This is a very important development considering the vile nature of the homophobic, racist president of Brazil, Jair Bolsonaro.

It doesn’t mean that the country is safe for trans and queer people, especially not for Black LBTQ women. Radical political activists who fight for the liberation of the most oppressed are targeted. This was the story of Marielle Franco.

Franco was a human rights defender, activist and political organizer who was assassinated for her commitment to the liberation of all oppressed peoples. She was a councilwoman in Brazil and member of the Socialism and Liberty Party (PSOL). She was a Black LBTQ woman who challenged the system directly at its roots.

She was from Maré, a favela neighborhood in Rio de Janeiro. Neighborhoods like these, which consist of mainly poor and working-class Black and Brown people, are not properly cared for by the government. She was working to defend the human rights of Black women and other oppressed peoples in Brazil.

Before her death, Franco was exposing police brutality and organizing against military intervention in the city. She worked with various women’s commissions and the Lesbian Front in Rio de Janeiro in order to promote a lesbian day of visibility in Brazil. The bill was defeated as a result of the reactionary character of the council.

Franco had bravely stood up at the time when U.S. imperialism was exerting its power to roll back the “red tide” of progressive governments and movements in Latin America sparked by Venezuela’s Bolivarian Revolution. Washington was instrumental in supporting the frame-up of left-leaning former presidents Lula da Silva and Dilma Rousseff and the electoral campaign of ultrarightist Bolsonaro.

Franco was slain in March 2018, prompting mass protests throughout the country. After an attempt to cover up the facts in the case, the authorities had to reveal the connection of the people who carried out the assassination as being police officers with ties to the Bolsonaro family.

Let’s take a moment to honour this revolutionary hero that was taken from us and make a commitment to continue the struggle that she dedicated her life to.

It is in the interest of all working and oppressed peoples to unite and fight for a better world — a world without wars for oil and other resources, without racism, sexism and anti-LGBTQ2S bigotry. Internationalist solidarity is key to building the struggle in order to smash capitalism, imperialism and all forms of oppression.