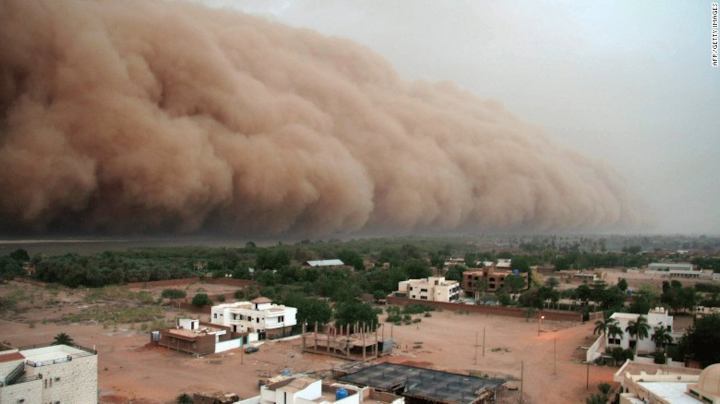 Most timelines of today’s crisis in Sudan start with rapid price increases for wheat and fuel under President Omar al-Bashir beginning in 2018. It is, however, important to take a look at what other forces may have triggered this inflation.

A thorough analysis done last March by Magdi el Gizouli drew on International Monetary Fund (IMF) correspondence with the government of Sudan in 2017. Gizouli is a fellow of the Rift Valley Institute who regularly writes on Sudanese affairs in the Review of African Political Economy.

Regarding the economic turmoil of 2018, Gizouli writes: “Sudan’s post-oil economic woes came to a peak in 2018 with the collapse of the Sudanese pound, an acute shortage of foreign currency, runaway prices and inflation rates beyond 60 percent. The rise in prices is the third-fastest in the world in recent months, behind war-torn South Sudan and Venezuela.” (Venezuela has also been suffering under severe U.S. sanctions.)

“To protect the Sudanese pound, the Bank of Sudan ordered severe restrictions on cash withdrawals, resulting in an extreme liquidity crunch. Bank customers were initially barred from withdrawing more than the equivalent of US$160 in February and March 2017 going down to no more than US$17 a day in September 2017.” This further especially frustrated the professional sectors of the Sudanese and spurred them to action.

According to Gizouli, as of March 2019: “So far, army officers are the only absentees from the list of modern professionals, doctors, lawyers, engineers, judges, etc., who constitute the umbrella Sudanese Professionals Association.”

The foundation of the current economic crisis severely affecting all Sudanese had its start in 1978, according to Gizouli, when an earlier Sudanese government signed a series of agreements with the IMF and World Bank called the Economic Recovery Programme:

“The highlights of this agenda included currency devaluation; liberalization of trade; bank credit restrictions; interest rate increases; curtailment of the money supply; reduction of the government’s budget through social spending cuts, massive layoffs and removal of subsidies on goods and other consumption items; removal of all controls on profit repatriation; privatisation of government-owned enterprises and social services.”

This policy occurred under the government of Jaafar Nimeiry and points to the fact that the hands of the U.S.-dominated IMF and the World Bank can be found at the root of this latest turmoil in the Sudanese economy.

In November 2017, the IMF presented their “suggestions” to the al-Bashir government regarding the removal of subsidies, including for staples like bread and fuel. Remember, these “suggestions” from financial powers like the IMF can determine whether or not a country receives a loan.

The government therefore decided in January 2018 to devalue the Sudanese pound by around 60 percent, as the IMF suggested, “and launched a new unified official exchange rate while the parallel rate continued to jump ahead.”

This fluctuation in currency rates contributed to the lack of confidence of international investors, exacerbating Sudan’s financial woes. And the desperate attempts by Omar al-Bashir to manipulate currency and raise taxes to make up for the economic sabotage created by the IMF also exacerbated the situation and reduced investor confidence still further.

The IMF stated in its November 2017 report which social programs they were going after: “Sudan maintains a number of consumer subsidies which ostensibly are aimed at protecting socially vulnerable groups. These primarily include subsidies on energy (fuel products and electricity) and wheat products. However, there is a large body of international experience showing that subsidies are an inefficient policy instrument to protect lower income groups.”

In spite of the IMF caring so much for “lower income groups,” it admitted that cutting those and other programs targeted would result in a 216 percent increase in retail prices of fuel products, bread and electricity tariffs, with a real income loss of about 15 percent per capita, considering indirect effects of this policy.

Most of the wheat consumed by Sudan is imported–around 2.5 billion tons per year. When South Sudan chose independence in 2011, after years of civil war–some of which was promoted by U.S. military support for various factions there–the north lost most of its oil and gas resources and could no longer produce the amount of fuel needed domestically.

The breakup of Sudan was devastating. The Khartoum government in the north lost 75 percent of its foreign exchange earnings and 45 percent of general government finances immediately, a loss equivalent to $300 million per month. Inflation rose to 40 percent and currency was devalued by 60 percent.

In the years after South Sudan’s independence, and as the situation economically worsened in the north, Gizouli points out, Sudan made the decision to favor subsidizing import traders over subsidizing bread.

However, the roots of this crisis go even deeper than 2011 or 1978. We need to back up even further.

Former President George W. Bush, representing a U.S. ruling class that has committed and enabled genocide all over the world, killing tens of millions with nuclear bombs, invasions, sanctions, proxy wars, covert interventions and direct military support to fascist governments and monarchs, tried for the second time in 2007 to level charges of genocide against Sudan.

The first attempt was made by former U.S. Secretary of State Colin Powell in 2004. However, a United Nations commission in 2005 investigating alleged atrocities said the Sudan government was not guilty of genocide. Many in the international community agreed with this U.N. commission.

What the U.N. said about the crisis in Sudan after the second U.S. charge in 2007, however, points the finger of guilt right back at the U.S. and other imperialist countries.

In June of that year, the U.N. Environmental Program (UNEP) published an 18-month study that blamed environmental factors as the root causes of the violence in Sudan. It warned that inaction would spread violence well beyond Sudan’s borders. The U.N. report found that the desert in northern Sudan had advanced southwards by 60 miles over the past 40 years and that rainfall in the area had dropped by 16 to 30 percent.

“It [the U.N. report] illustrates and demonstrates what is increasingly becoming a global concern,” said Achim Steiner, UNEP’s executive director. “It doesn’t take a genius to work out that as the desert moves southwards, there is a physical limit to what systems can sustain, and so you get one group displacing another.”

The U.N. study also found that there could be a drop of up to 70 percent in crop yields, devastating areas from Senegal to Sudan.

Before rebel groupings attacked government forces in 2003, sparking another civil war in Sudan, the rains had diminished and the desert was growing by over a mile per year.

Why didn’t the government of Sudan do more to avert this environmental crisis? One thing is for sure—British, French and U.S. interference, past and present, in the affairs of Sudan had an extremely draining effect on its resources and ability to develop economically, let alone defend itself from natural disaster. Sanctions, especially those from the U.S. that intensified from 1997 to 2017, made this an “unnatural” catastrophe.

Regarding more covert U.S. interference, in 2003 the intensified spread of war from the southern Sudan to the Darfur region was exacerbated greatly by the U.S. supporting the Sudanese People’s Liberation Army (SPLA) in southern Sudan. The SPLA was the nucleus for the Sudanese Liberation Army fighting in Darfur. Fueled by U.S. dollars, that war in the south helped drain Sudan’s economy and discouraged the development of its oil resources.

In fact, according to the book “Dangerous Liaison” by Alexander Cockburn, collaboration between the CIA and Israeli intelligence to support a secessionist movement in Sudan can be traced back to at least 1968.

Over the years since then, the U.S. kept up a campaign to destabilize Sudan. On Nov. 10, 1996, the Washington Post reported that the U.S. would send $20 million in military equipment to Ethiopia, Eritrea and Uganda, even though these three countries were embroiled in a bloody war in southern Sudan.

The paper said its congressional sources doubted the aid would be kept from rebel forces fighting the Sudanese government–virtually an admission that the aid was for that purpose.

Africa Confidential wrote on Nov. 15, 1996, “It is clear the aid is for Sudan’s armed opposition,” adding that U.S. Special Forces were on “open-ended deployment” with the rebels. 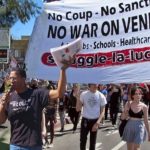