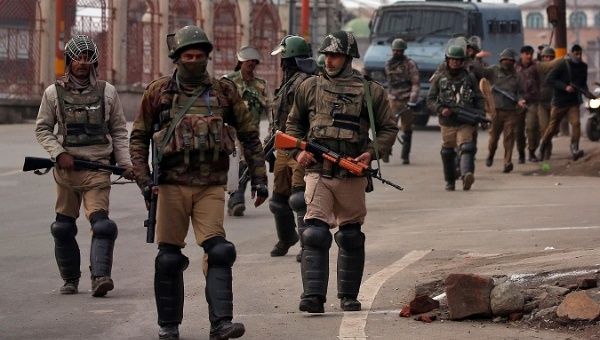 “Anti-election campaigns will not be allowed, separatists will be detained to ensure free, fair and transparent elections in the state,” an official said.

More than 100 Muslim leaders in Kashmir have been detained in overnight raids as part of a crackdown on groups suspected of stirring conflict ahead of India’s national elections in May, police officials said Saturday.

The state suppression comes nine days after a suicide car bomb killed 44 Indian security personnel. Pakistan-based religious militant group, Jaish-e-Mohammed, took credit for the attack. The Indian government has said it will use everything in its power to avenge the attack.

A senior police official said the arrest of leaders and deployment of troops was a security measure ahead of the elections.

“Anti-election campaigns will not be allowed and separatists will be detained to ensure free, fair and transparent elections in the state,” the senior official said.

There were increasing signs Saturday that the military clampdown in Indian-controlled Kashmir and the government’s threats against Pakistan spread panic through the population, leading people to buy up stocks of fuel, medicines, and food. Queues formed outside petrol pumps and grocery stores were packed with people stockpiling food.

“People are buying rice, edible oils, pulses, eggs and other essentials in bulk. We are busy and supplies are running out,” Mohammad Amin Rather, owner of A-Z grocery Store in the Rajagh area of Srinagar, said. A government directive to hospitals to ensure they have stores of drugs also triggered some of the concerns.

“People in the valley, especially the cities and towns, are taking everything said or done as a sign that some big trouble is just around the corner,” said Omar Abdullah, a former chief minister of Jammu & Kashmir.

Kashmir is expected to be a key issue in the Indian general election. It has taken some of the attention away from concerns about the way Prime Minister Narendra Modi and his Bharatiya Janata Party have managed the economy, and issues such as weak farm incomes and poor jobs growth.

Modi has promised a strong response to the attack and reiterated his intention to make the perpetrators pay a heavy price Saturday. However, he did condemn the harassment and hate crimes against Kashmiris that rippled out in various parts of India since the attack.

“Our fight is for Kashmir, not against Kashmiris,” he told a rally of supporters. “Kashmiris have suffered the most due to terrorism, and the rest of the country must stand in their support.”

The province of Kashmir has been a disputed territory since the 1947 India-Pakistan war, with skirmishes ensuing throughout the years. Insurgency rose in Kashmir in 1987 after an election held in the India-controlled winter capital of Jammu, which strengthened the standing of the pro-independence insurgency.