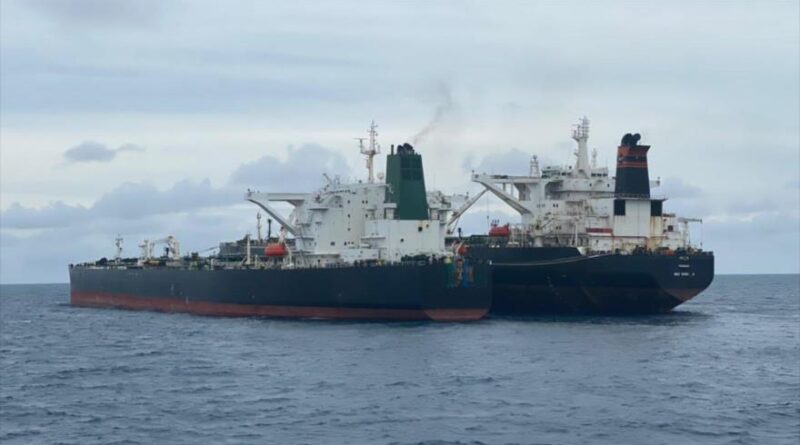 The Indonesian Coast Guard announced that it has seized two vessels, one under the Iranian flag, while allegedly carrying out a ship-to-ship oil transfer.

In a message posted this Sunday on its official Twitter account, the Indonesian Coast Guard identified the Iranian tanker as MT Horse and the other tanker, under the Panamanian flag, as MT Frea.

Colonel Bakamla Wisnu Pramadita, a spokesman for the Indonesian Maritime Security Agency, said that the two vessels were captured in the waters off West Kalimantan province, located in the west of the island country.

Similarly, it has affirmed that the tankers have been seized for allegedly incurring a series of violations of international navigation regulations, which include lowering national flags, deactivating their identification systems, illegally anchoring, as well as unauthorized ship-to-ship oil transfer and oil spill.

Wisnu also pointed out that both ships were escorted by Indonesian officials to the island of Batam, in Riau province, for further investigation.

Featured image: The Indonesian Coast Guard detains two tankers, one under the Iranian flag and the other Panamanian, off the coast of West Kalimantan province, January 24, 2021.